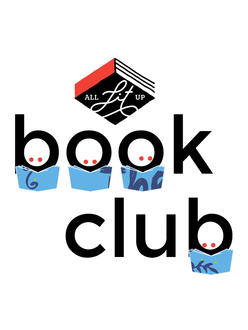 This might just be our favourite part of book club: this week we electronically sat down with August book club pick  The Figgs author Ali Bryan, who told us about figuring the plot out as you go along (with some help from her editor at Freehand Books), how communications technology changes not just our characters but ourselves, and who her favourite Figg is. 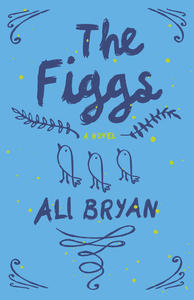 All Lit Up: The Figgs is your sophomore novel. What was the process of writing and editing it like compared to your first novel,  Roost?

Ali Bryan: After Roost, I vowed to never write another novel without an outline because of the lengthy editing process. That lasted for about a paragraph and I was back to my standard practice of writing intuitively without direction, without an agenda or a lick of a clue as to what the story was about and where it would eventually end up. But that is ultimately where I find joy in the process. It’s finishing the book, looking back and realizing, okay, so that’s what this is about.

ALU: Your editor Kelsey [Attard] mentioned in our first week of book club the idea of "balancing" the stories of the five Figgs. What were the challenges to this? Were some characters easier than others to "balance"?

AB: I grew up in a family of five and now have my own family of five. We strive for balance but it’s next to impossible to achieve. As the needs of your family members change, so too does the focus and attention. It’s a constant shift. I’ve become really good at managing imbalance. It was the same thing writing The Figgs. The needs of each character dictated the direction of each chapter, but there were times where I had to make a conscious effort to write a character into a scene. Even though it may have been realistic to have a character float in and out of the book (as a real adult child still living at home might float in and out of his parents’ life), it was difficult to do so without risking that character becoming lost or underdeveloped or isolated. It’s also where having a good editor makes a difference. I remember earlier drafts where Kelsey would note “we haven’t heard or seen from Tom in awhile. I’m a little concerned about him.” Poor Tom. He probably needed June and Randy’s attention the most but one kid always seems to get the shaft.

ALU: We realize June's children ask her to do the same thing, but do you have a favourite Figg?

AB: Randy! At times he’s annoying, but he’s endearing and gentle and a tad pathetic. He reminds me of a Wes Anderson character. Everyone loves Randy.

I also like Leslie. She’s solid. In the chaos of the Figg family, I found her normalcy an anchor. She just does her thing.

ALU: When it rains, it pours for the Figgs, and the novel does a fantastic job of introducing their crises naturally and giving them their own room to develop. How did you go about planning The Figgs so that these came up believably?

AB: I am not a planner! (note my response to question one), so that’s a real compliment. The genesis for this book was loosely based on my own family crest, which — as Kesley mentioned — features three birds without feet. The story just unfolded. I recall an early reader saying that the book was like an entire TV sitcom season wrapped into a single episode — too much — but then for many people that’s what life is like. One thing after the next. These are always the stories I seem to tell or gravitate towards. Ordinary people navigating the ups and downs of life. What makes their stories extraordinary (and relatable) is that there never is a magic solution. It’s people just doing their best with whatever resources or support they have.

I am always interested in peoples’ stories. I love history. I always talk to people. I volunteer, live life, participate, ask questions. I love having context. Most of my stories are rooted in regular people. The best conversations I have are with taxi drivers, and school kids and window washers and people doing karaoke.

ALU: You incorporate how different generations use technology (e.g. internet searches, email, texting, cameraphones) really well in this book. As it's a fairly recent thing, could you talk a bit about writing contemporary technology into a narrative? How does it help and hinder a plot? What does it do to the characters?

AB: The immediacy of social media and tech changes how we process information for real and fictional characters alike. That immediacy removes a filter. That’s why, as a society, we are more polarized than ever. The best interactions, debates, arguments, disagreements etc. I’ve had this year have been face to face. Wow, does it change everything.

In terms of plot, tech certainly influenced how the family navigated adoption and finding their birth families. This was a fascinating thing to research. I was mildly influenced by an incident that occurred in my own family when, after 7 years — my father got an email notifying him of a DNA match from an organization he’d supplied DNA to. Through his years of genealogy he ended up connecting a distant relative to a family he always suspected but never knew existed.

ALU: The reader witnesses the gradual growth of all characters while reading the story. Did writing The Figgs bring about any personal transformations or realizations?

AB: Probably in terms of expectations. I considered a lot through the writing of this book what of my own expectations were realistic and what were totally ridiculous. How happy is happy is happy enough? This is definitely reflected when Tom says:

“That’s a terrible way to live.”

In a way this seems like perhaps a negative or sad sentiment, but learning to sort of expect the worst and hope for the best has given me a lot more peace in how I approach/manage life. Or maybe I’m having a mid-life crisis! 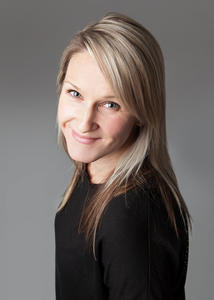 Ali Bryan is a personal trainer who grew up in Halifax and attended high school in Sackville, New Brunswick. She is a graduate of St. Mary's University and completed a graduate certificate in creative writing from the Humber School for Writers under the tutelage of Paul Quarrington. She was a finalist in the 2010 CBC Canada Writes literary contest for her essay "Asshole Homemaker" and a bronze medalist in the 2012 Canada Writes literary triathlon. Ali lives in Calgary with her husband and three children. Her real name is Alexandra. In addition to The Figgs, she published Roost in 2013, which was chosen for One Book Nova Scotia.

Thanks so much to Ali for answering our numerous questions (during a move, no less! What an appropriately Figgs thing to happen) and to Kelsey at Freehand for making the connection. If you're just joining us, catch up on August book club happenings like our introductory discussion with editor and publisher Kelsey Attard and our own staff chat about  The Figgs. You can also buy the book at 15% off! 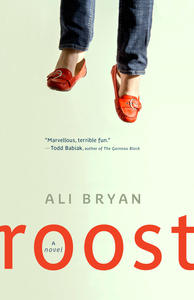