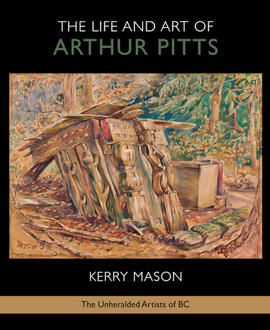 Where in Canada: Travelling by Paintbrush through the Reserves in British Columbia

The latest instalment of Mother Tongue Publishing's The Unheralded Artists of BC series is  The Life and Art of Arthur Pitts by Kerry Mason, a chronicle of his iconic watercolours painted all over British Columbia. While successful commercially as an illustrator and art teacher, Arthur Pitts' passion is most clearly seen in his paintings of Indigenous reserves in BC, ones that stem from a passion and deep respect of the Coast Salish, Nuu-Chah-Nulth, Kwakwaka’wakw, Haida, Tlingit and Ktunaxa cultures he encountered on his travels. We learn a little more about those travels, below.

See more details below
Tagged: the life and art of arthur pitts, kerry mason, mother tongue publishing, where in canada

Arthur Pitts (1889-1972) first glimpsed Canada when he was twenty-four. Born in the dockside slums of London, England, and trained as a commercial artist, Arthur first set off for South Africa with a thirst for adventure. Then the limitless prairie of Canada and the dream of being a rancher in the wild young country drew him to the steamship office. After spending his savings to sail across the Atlantic to St. John, New Brunswick, he travelled west by train. Arthur was excited by the sheer scale of the forests, water and rock formations of Lake Superior. He arrived in Fleming, Saskatchewan, in 1914, where he worked dawn to dusk for a local farmer, with little time to appreciate the subtle beauty of the Prairies.

To enlist after World War I erupted, Arthur travelled, again by train, west to Vancouver, feeling that the beauty of Canada improved with every mile. Vancouver enthralled him with the combination of Coast and North Shore Mountains, mild climate, giant cedars, cosmopolitan population and Pacific Ocean. As he headed to England and then the trenches in Belgium, he intended one day to return to British Columbia.

After being wounded, Arthur was invalided to England, and when asked where in Canada he wanted to go for further rehabilitation, he said the coast of British Columbia. In 1917 he was admitted to Resthaven Hospital in Sidney, on Vancouver Island, and soon fell in love with a young woman whose family had deep roots in the Saanich Peninsula. He learned about the area on his long hikes from Mount Newton X Road to the Tsawout and Tsartlip Reserves. His respectful and sincere interest in First Nations people and culture led to rare experiences that he recorded in sketches and watercolours, comprising a body of work centred on the WSÁNEĆ communities. In nearby Duncan, he often visited and sketched the First Nations houses, poles and people on the Somenos and Quamichan Reserves. 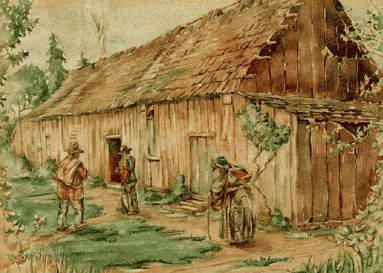 During the 1920s, Arthur and his wife, Peggy, lived in the West End of Vancouver while the economy was buoyant and Arthur was a well-paid commercial artist. Holidays were devoted to travelling around BC, including driving up the coast of Vancouver Island and taking a steamship to Ucluelet and Tofino from Port Alberni. Following a long sketching trip to Alaska in 1933, which included Prince of Wales Island, Arthur journeyed to Cranbrook to record and learn all he could of the Ktunaxa First Nations and their culture. The extensive collection of his paintings was exhibited in England before returning with Arthur and Peggy to the Saanich Peninsula in 1947. Arthur continued to paint while enjoying a secondary career as an art teacher. The BC landscape with its unique light, atmosphere and presence of so many First Nations communities, particularly the Coast Salish, captured the attention of this thoughtful and talented artist. Arthur left a rare collection of accomplished watercolours that document a time and place in Canada that still speaks to us decades later.

Thanks so much to Kerry and the Mother Tongue Publishing team for telling us more about the Canadian travels behind the paintings of  The Life and Art of Arthur Pitts. For more Where in Canada, click here.