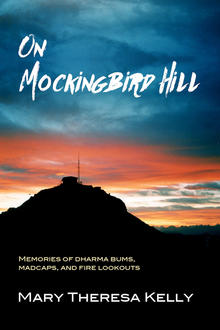 Under the Cover: Fire Observers on Mockingbird HIll

When Mary Theresa Kelly met Daniel, a fire lookout observer she soon found herself part of a group of people earning a living by watching for smoke and fire in the mountain foothills of Alberta. In her memoir, On Mockingbird Hill: Memories of Dharma Bums, Madcaps, and Fire Lookouts (Caitlin Press) Mary takes the romanticized Kerouacian lifestyle of a fire observer and shares the realities and often lonely price of freedom. Below she recalls memories of days atop Mockingbird Hill.

See more details below
Tagged: on mockingbird hill, under the cover, caitlin press

When I first met Daniel at a party in Calgary, I was amazed to learn he had just come down from a fire lookout at the end of the season. I had no inkling that Alberta Forestry hired men and women to live on top of a mountain in a 12 x 12 foot building for five months of the year, watching the countryside for signs of smoke.

Growing up in the suburbs of Toronto, my early life had been far removed from the forests and mountains of Alberta. 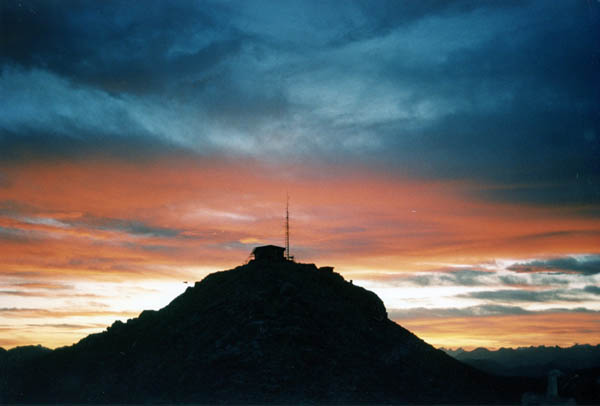 The Eyes of the Forest. This is how lookout observers are described within the forest service. They are a critical part of the fire detection system.

Daniel and I began dating, and he introduced me to a group of friends who all worked on fire lookouts. Only one person in each couple had the fire lookout job but we all cultivated the fire-lookout lifestyle. Transcendental meditation, Jung’s dream analysis, vegetarian cooking, the books of Jack Kerouac, and the music of Brian Eno. During the winter, when the lookout observers were laid off work, we gathered together for celebratory dinners, and everyone traded lookout stories, tales about missed smokes, seductive hikers, and the number of days without visitors.

The next spring Daniel got posted to Mockingbird Lookout, a station northwest of Calgary in the forest reserve with road access all the way to the top. I worked in a health food store in Calgary and every Saturday evening, I locked up the store, hopped into the old blue Chevy, and drove up to Mockingbird Hill, making sure to bring treats like chocolate and fresh fruit, things lookout observers longed for. I spent every weekend at the lookout that season, appreciating the solitude and beauty of the place. Every morning at 7:30 the voice of the Calgary radio operator beamed into the lookout for the weather sked: “Good morning all stations, ready for your morning weather.” I woke up to the sound of neighbouring lookouts, mysterious radio voices reciting the temperature, relative humidity, and other observations, and then I’d drift back to sleep for a few hours. When I woke up the second time, Daniel would be padding around the fire finder, scanning the forest, binoculars at the ready. 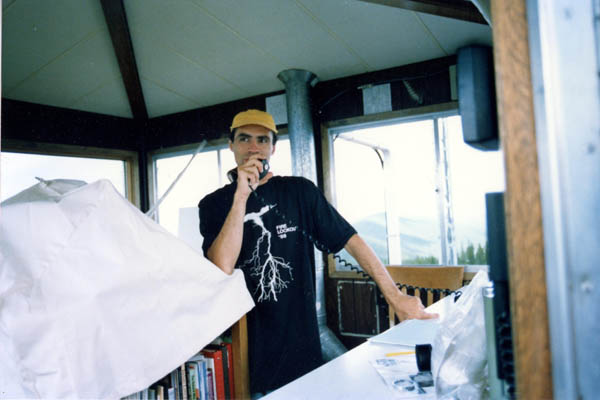 Sometimes on low hazard days, we would goof around outside the lookout with boffer bats Daniel had sewn from repurposed denim and thick foam. 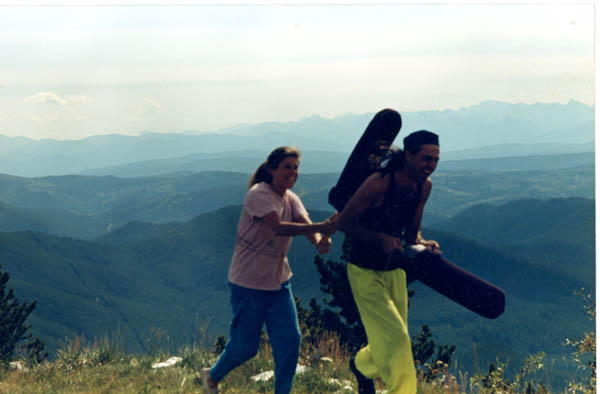 By fall we were both a little bushed and ready for normal life in the city again. I felt as though I had a boyfriend doing time, a seasonal prison sentence, so I bought a striped jump suit for Daniel and one day he had a hiker take his picture. 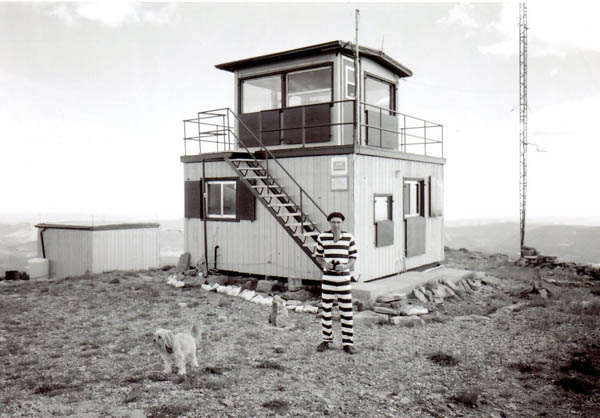 The next fire lookout Daniel worked on was located at the top of Moose Mountain, 8,000 feet altitude, way above the tree line in the foothills southwest of Bragg Creek, Alberta. Marmots sunned themselves on the rocks right below the lookout building and sometimes took up residence in the outhouse. 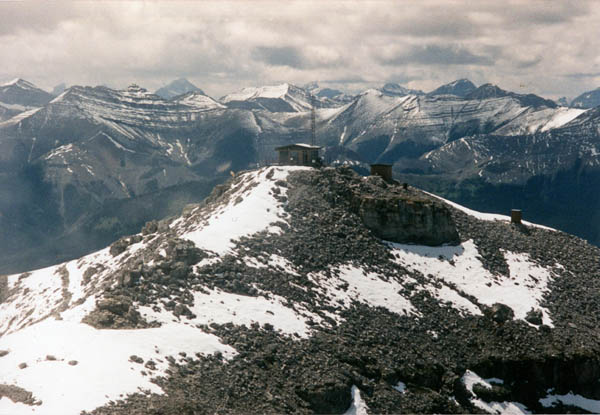 Our friends worked on Cline Mountain, Kananaskis, Blue Hill, and Carbondale Lookout and often we wrote letters to each other during the fire season. Many years later, after these lookout friends had dispersed into the four directions, I rediscovered 28 letters I had received from three different male friends, all written while they were on the lookout. These letters from the early '90s were the original impetus for me to tell the stories of our lookout days.

In 2014 I travelled back to Alberta alone and hiked up to Mockingbird, Moose, and Carbondale lookouts to experience and remember the feeling of being on top of the world—the 360-degree panorama, radio voices blasting over the edge of the cliff, the unrelenting winds, and the soaring perception of freedom from the mundane world down below.

Thanks to Mary Theresa Kelly for sharing stories of her adventures with us, and to Michael at Caitlin Press for making the connection. For more Under the Cover,  click here.