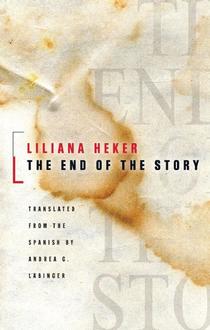 Read This, Then That: Whose Story Is It Anyway?

In this edition of Read This, Then That we chose two books that ask one big question: who has the right to tell whose story? Liliana Heker's  The End of the Story, translated by Andrea Labinger (Biblioasis) and Martha Baillie's  If Clara (Coach House Books) contemplate ethical questions around authorship and the right to another person's story.

See more details below
Tagged: the end of the story, read this then that, liliana heker, andrea labinger, if clara, biblioasis, martha baillie, coach house books

Read This:  The End of the Story by Liliana Heker, translated by Andrea Labinger (Biblioasis)

Then That:  If Clara by Martha Baillie (Coach House Books)

In this edition of Read This, Then That we chose two books that ask one big question: who has the right to tell whose story?

Set during the “Dirty War” in Argentina, when the government was waging war on left-wing activists and journalists, In The End of the Story aspiring writer Diana witnesses her friend Leonora’s abduction from a street in Buenos Aires, and believes she has become one of the los desaparaecidos (the missing ones). In an effort to keep Leonora alive, at least in her own mind, Diana begins writing Leonora’s story, discovering disparaging details and allegations about her missing friend. Told from the perspectives of Diana, Leonora, and Hertha, a writer and Austrian refugee, the novel contemplates questions around authorship and the right to someone else’s story.

If Clara follows a similar line of thought about authorship and voice, but adds a layer of complexity with its question around cultural appropriation in literature. In it, a bedridden writer, Daisy, receives a mysterious manuscript telling a heartbreaking story of a Syrian refugee in Toronto who suffers from mental health issues with a note attached asking Daisy to assume authorship by publishing under a Syrian name. A moral dilemma is raised: should Daisy oblige to bring the story to a wider readership? Like The End of the Story, If Clara is told from the points of view of four characters, including the novel's Clara, a reclusive, mentally ill writer. 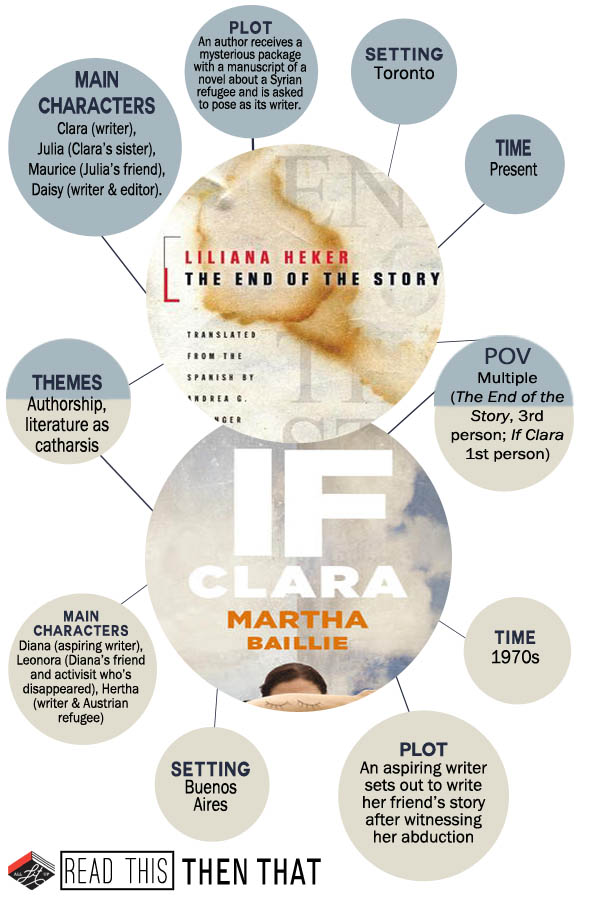 For more of our literary pairings, check out past Read This, Then That duos  here. 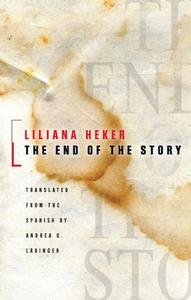 End of the Story, The

June 8, 2016
We Shall Not Forget: Remembrance Day Reads