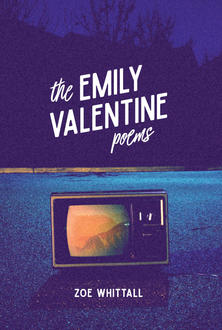 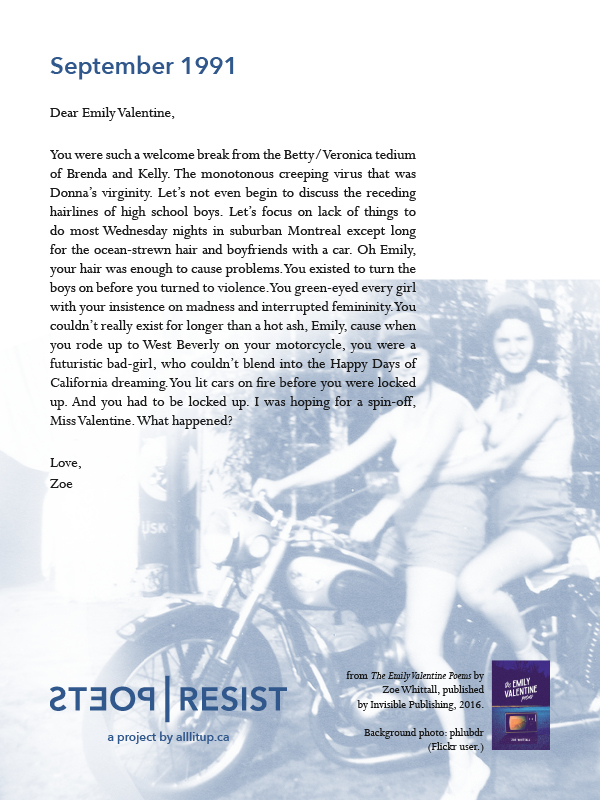 ALU: What are some books that inspired or informed The Emily Valentine Poems?

ZW: I wrote it so long ago, I can’t remember what I was reading back then. I really loved (and continue to love) Eileen Myles’ work, and was delighted when she provided a blurb for the back cover.

ZW: Gosh, I’ve been doing this, formally and informally, for 22 years since I came out in 1995. I don’t really have a pithy slogan for a sign. Right now I’m very upset by how newly vocal and emboldened alt-right Nazis have really taken up anti-trans rhetoric and violence, and how that is influencing the cultural conversations that mainstream liberal folks—who wouldn’t think of being homophobic in this day and age—and confusing people who wouldn’t otherwise be your average hatemonger. They are fooled into thinking that recognizing the humanity of trans people is a free speech issue. I remember when it was becoming more socially acceptable to be gay, and lots of people used the same straw-man argument about free speech that they’re using now against trans people. I don’t think there’s a wave of new transphobia; it’s always been there. But since trans people have been gaining visibility and some (very basic) rights, it isn’t really transphobia we’re seeing; it’s people who understand who trans people are and react with hatred.

ZW: I was interested in writing prose poems and lyrical fragments and experimenting with some new forms. The suite of fan letter poems about pop culture was informed by an interest in ‘80s and ‘90s icons and how their work informed queer and feminist awakenings.

ZW: I never know how to answer this kind of question. Poetry has always been a form of resistance, and that is meaningful to me in some very basic ways, as a writer and especially as a reader. I don’t have anything new or revelatory to say about it. 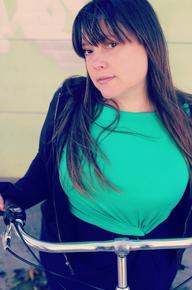 Zoe Whittall was born in South Durham, Quebec and currently resides in Toronto. Some of her other books include The Best Ten Minutes of Your Life; Bottle Rocket Hearts; Holding Still for as Long as Possible, which won a Lambda Literary Award and was shortlisted for the ReLit Award; and The Best Kind of People, which was a finalist for the Scotiabank Giller Prize. Her books have been translated into French, Swedish, and Korean.

Buy The Emily Valentine Poems or any of our other featured poetry month collections and get your own pack of a patch and some buttons to wear in protest. And if you need some more resistance poetry inspiration, check out our poetry bot!