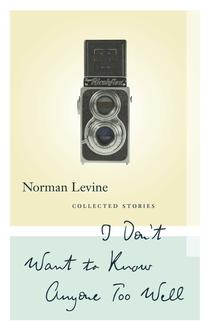 Today's recommendation is for readers who love laconic curmudgeonly hermits (and who doesn’t?). If you like J.D. Salinger’s short story collection Nine Stories, you should read Norman Levine’s collection, I Don’t Want to Know Anyone Too Well (Biblioasis). Though largely unknown in Canada, Levine influenced some of the country's best including André Alexis and Cynthia Flood, to name just a few, and below we compare his work with that of Salinger's, one of the most famous literary recluses.

See more details below
Tagged: i don't want to know anyone too well, norman levine, if you liked x read y, biblioasis 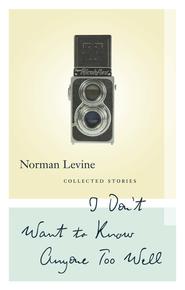 Salinger's and Levine's careers could not have been more different: Salinger was widely read in prestigious publications like The New Yorker and later found financial security and (unwanted) fame after The Catcher in Rye became a household name, but Levine languished in poverty and obscurity and has become something of a patron saint for undiscovered short story writers. Yet, there are striking parallels between the two men and between their writing. Both were reclusive: Salinger famously retreated into hermitage in small-town New Hampshire and Levine exiled himself to St. Ives, Cornwall, where he became more involved with the artists there than with literary people. Both were Jewish writers trying to navigate very WASP-y editors, publishers, and readers without compromising themselves and their roots. Both came from humble origins but aspired to higher learning—Salinger was the son of a cheese vendor who eventually studied at Columbia; Levine’s father pulled a fruit cart but Levine managed to take degrees at McGill and King’s College, London. 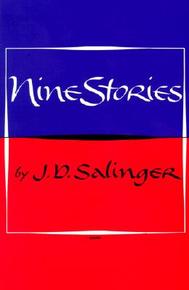 And, of course, both wrote haunting, sparse, dialogue-driven modern fiction that sticks in the mind and taunts the reader with all that is left unsaid. Neither wastes a single word and both manage to express intensely complex human relationship just a few pages at a time.

Nine Stories is perhaps most famous for “A perfect day for bananafish,” a story that narrates—but never fully explains—the final day and suicide of Seymour Glass. Readers who appreciate the small details in Salinger’s otherwise unadorned prose and the frank, naturalistic dialogue will love Levine. Like “Bananafish,” Levine has a particularly gripping story that deals obliquely with death and despair: “Champagne Barn” features a writer visiting his mother at her senior’s home where he meets a neighbour who marks time in the number of bodies he’s seen carried out. This macabre information is delivered with the same directness and lack of sentimentality that Salinger employs. Levine’s narrator then tours his decaying childhood neighbourhood and is haunted by the reverberating hacking sounds coming from a nearby butcher shop. Like in Salinger’s stories, the reader is never told how to feel, and indeed the protagonist rarely confesses an emotion or shows a direct response. As in Seymour’s death, the reader is left to fill in the emotional gaps for him or herself as Levine’s narrator simply concludes “I would carry that sound with me long after I left.”

If you liked Nine Stories, you’ll carry I Don’t Want to Know Anyone too Well with you for a long time, too.

Thanks so much to Jon Flieger at Biblioasis for sharing the connections between these two books. For more literary comparisons, click here. 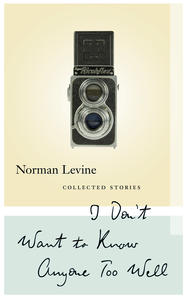