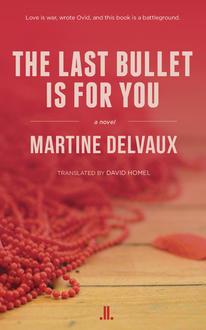 If You Liked x, Read y: Flaubert to Smart to Delvaux

For those looking for a Valentine's revenge, look no further than Martine Delvaux’s prose-poem/novel  The Last Bullet is for You (translated for Linda Leith Publishing by David Homel), the contemporary reckoning of all of its influences: Gustave Flaubert’s classic modern novel Madame Bovary and, “like Madame Bovary blasted by lightning,” Elizabeth Smart’s By Grand Central Station I Sat Down and Wept.

Martine Delvaux’s prose-poem/novel The Last Bullet is for You (translated for Linda Leith Publishing by David Homel) is the contemporary reckoning of all of its influences: Gustave Flaubert’s classic modern novel Madame Bovary and, “like Madame Bovary blasted by lightning,” Elizabeth Smart’s By Grand Central Station I Sat Down and Wept. 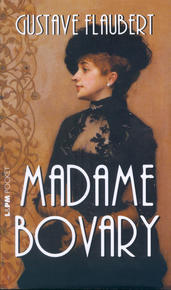 In Flaubert’s Madame Bovary, the protagonist Emma Bovary’s extramarital passions garner sympathy from the reader, but ultimately serve as the catalyst for (spoiler alert) her “deserved” downfall. The lightning-blasted By Grand Central Station, then, from Canadian writer Elizabeth Smart, grounds the experience of being ultimately abandoned by a lover from Smart’s own life. While Flaubert intended to write a novel that had nothing to do with his own life, Smart’s book is so shot through with “lightning” because it has so much of her within it. 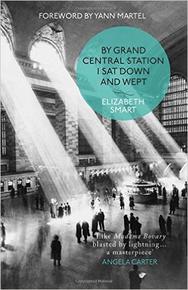 The “lightning” comparison was made by novelist Angela Carter in her original review of By Grand Central Station in the Guardian, though she later privately wrote to a friend that her feminist press Virago was partly motivated by “the desire that no daughter of mine should ever be in a position to be able to write BY GRAND CENTRAL STATION I SAT DOWN AND WEPT, exquisite prose though it might contain. (BY GRAND CENTRAL STATION I TORE OFF HIS BALLS would be more like it, I should hope.)”

The Last Bullet is for You has all of the gorgeous prose-poetry of its older Canadian sister, but does the sort of tearing that Carter had hoped for. Delvaux’s protagonist – in David Homel’s expert translation – alternately pines for her and her lover’s past and shoots deadly barbs at him: for hating her city (Montreal), for his Eurocentric snobbishness, and for blaming her very real feelings on her gender:

“you told me that if I were a man instead of a woman, these endless discussions would be cut short, we would limit ourselves to clear decisions and actions, we would fight it out and put an end to our relationship as quickly as possible.”

There is grief in this novel, much like its forbears, but it is a radicalized grief: “I will write my love for you until it dies,” the narrator says, “so I won’t die from losing it.” If By Grand Central Station is Bovary shot through with lightning, then The Last Bullet is for You is a hurricane, with the protagonist wind-swept and battered, but still triumphantly standing.

The Last Bullet is for You is available now – thanks to Linda Leith Publishing for suggesting this comparison. For more books like other books, click here. 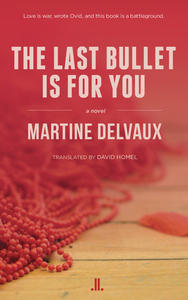 The Last Bullet Is for You