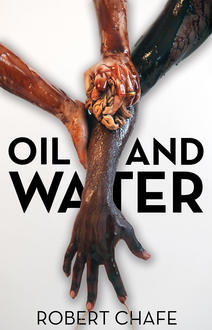 Today’s Forget-Me-Not tells the unbelievable true story of Lanier Phillips, the sole survivor of the 1942 USS Truxton shipwreck off the Burin Peninsula. Not your typical race-relation story, Oil and Water (Playwrights Canada Press) explores what it was like for Lanier to be the first black man to be seen in St. Lawrence, Newfoundland, and later the story of his daughter's experience in 1974 Boston. Though he passed away in 2012, Lanier's story lives on in our historical memory and is a touching reminder of some of the kinder parts of our history. Playwrights Canada Press tells us more, below.

ALU: What brought you to publish Oil and Water?

BS: It is a play both sonorous in its writing and rich in historical detail. It centres on the story of Lanier Phillips, one of the few survivors of the 1942 wreck of the USS Truxton,and the first black man to be seen by the residents of St. Lawrence, Newfoundland. The play jumps back in forth in time between the wreck and its aftermath and Lanier’s struggle to send his daughter to school during the 1974 Boston busing desegregation. The time periods intertwine to draw out the racism Lanier felt as a young soldier at the hands of his superiors and the same hate his daughter felt thirty years later as a schoolgirl. The story, however, is buoyed by hope as Lanier tells his daughter of the people of Newfoundland who saved his life and cared for him without any sign of prejudice.

BS: It is a rare example of an urban legend, and a joke made at Newfoundlanders’ expense—that the people of St. Lawrence, having never met a black person before, tried to wash the pigment from his skin—that is based entirely in reality. But Robert Chafe explores the backstory of the legend and brings to the reader a play that is very human and grander than any belittling joke could come close to achieving. Chafe illustrates that there is more to history than what we think we know on the surface. There must be a breadth to historical narrative that includes the lives of those who were involved and not just a simple retelling of facts and figures. Chafe also reminds us of the capacity for hope and goodness that resides in Newfoundlanders and the need for the whole of the country to look past prejudices that ill-inform our idea of any group of people.

Thanks to Blake for answering our questions! Remember, we'll send you a free wall calendar if you buy Oil and Water (or any other Forget-Me-Not feature book).

In Review: The Week of January 9th