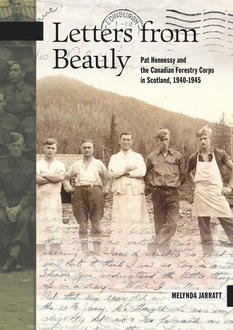 The eponymous letters in Melynda Jarratt's  Letters from Beauly (Goose Lane Editions) were discovered in her family home's attic. They detailed Jarratt's grandfather Pat's time in the Canadian Forestry Corps in Scotland during the Second World War, where he served as a cook. This book is more than a collection of letters, though: Jarratt weaves them together into an intimate portrait about a man in rural New Brunswick who, due to previously unimaginable conflict, was flung across the world.

Kathleen Peacock from Goose Lane gave us the skinny on Letters from Beauly, the 23rd book in their New Brunswick Military Heritage Series:

ALU: What brought you to publish Letters from Beauly?

KP: Since 2003, Goose Lane Editions has worked with the Gregg Centre for the Study of War and Society at the University of New Brunswick to produce the New Brunswick Military Heritage Series. Born out of a desire to situate New Brunswick's rich military history within the national narrative, the series shines a light on the military contributions of the province and its citizens as well as the effect of war on the province as a whole.

Author Melynda Jarratt is no stranger to the series. Her book Captured Hearts: New Brunswick's War Brides was published by Goose Lane Editions and the Gregg Centre in 2008. That summer, a chance search through the attic of Jarratt’s 200-year-old family home unearthed nearly 300 war-time letters sent to and from her grandfather, a cook stationed in Scotland with the 15th Company, Canadian Forestry Corps during the Second World War.

In the letters, Melynda Jarratt saw not just a part of her own family’s history, but a chance to examine a previously untold chapter of Canadian military history. She brought the project to the Gregg Centre and Goose Lane Editions where it expanded from a collection of letters to a broader narrative.

KP: Drawing men from across Canada—including hundreds from New Brunswick—The Canadian Forestry Corps harvested the vast quantities of lumber needed by the allied forces during the Second World War. The war could not have been won without their efforts, and yet many people today are unaware of their existence and contributions.

For five years, Pat Hennessy served as camp cook with the 15th Company of the Canadian Forestry Corps near the ancient town of Beauly, Scotland. A middle-aged New Brunswick farmer and lumberman with a third-grade education, Pat saw more of the world than he would have ever thought possible. He chronicled his experience in the hundreds of letters he sent home to his family. Using those letters, as well as hundreds of archival documents and photographs, his granddaughter tells the tale of the 15th Company, providing an intimate glimpse of what life was like for the men who served with the company and their relatives at home.

Thanks so much to Kathleen at Goose Lane Editions for giving us a look at not only this important chapter of New Brunswick history, but a whole NB history resource in their Military Heritage Series. If you buy  Letters from Beauly, you'll get a 2017 wall calendar to remember this anniversary and its books forevermore. 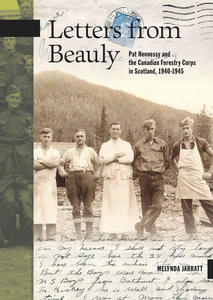 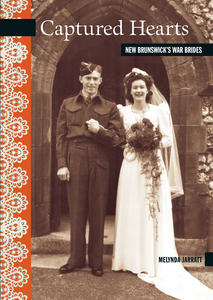