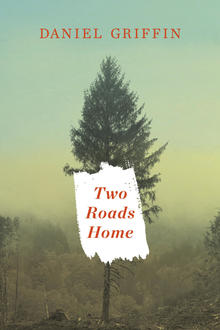 Daniel Griffin's debut novel  Two Roads Home (Freehand Books) describes the fallout of a group of eco-activists radicalizing their beliefs into violent political action. But it's more than that: in this "powerful novel that never lets up," Griffin examines the shortfalls of idealism (and the frightening means employed to make up the gaps), the tenuous unity of group dynamics, and the terrible hunger of corporate greed. 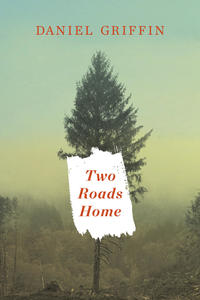 Daniel Griffin grew up in Kingston with hippie parents. He went to primary school then high school then university all within sight of each other. When he realized that, he knew he had to get out. He taught in Guatemala where he met his wife. They spent a while teaching and travelling the world then wound up in San Francisco. When their eldest daughter was born, they decided they should move to Canada, but Toronto was an awful place compared to San Francisco. After a year they moved out west. Daniel had lost his green card in an altercation at the border and, well, BC seemed nice.

Now Daniel lives in Victoria with his wife and three children. His short story collection, Stopping for Strangers, was a finalist for the Danuta Gleed and ReLit Awards. Two Roads Home is his first novel.

Two Roads Home is a fast-paced literary thriller about a group of idealistic young environmental activists. They grow frustrated when they don’t see any results from their peaceful protests and begin to escalate their tactics – to destruction. To setting firebombs. To stealing dynamite and setting explosions at logging company warehouses. And then one night, something goes terribly wrong, and they’re on the run.

What can you do when the political system is stacked against you? Where is the line between resistance and terrorism? What actions are justified – and how long are they justified? Daniel Griffin deftly explores these provocative questions in his debut novel. Although set in 1993, Two Roads Home seems very timely in today’s political climate.

Two Roads Home is also an ode to the West Coast, viscerally depicting the lush forests and coastal inlets of Vancouver Island, and the relationship that its people have to the land. One of the activists, Pete, ends up stumbling into a community of squatters deep in the wilderness – although they prefer to call themselves residents. “We just live here,” says Inez, who unknowingly welcomes the fugitive Pete into their community. But they, too, are facing problems with the forestry industry, and are in the process of being evicted.

Daniel Griffin, a finalist for the Journey Prize, was highly praised for his short story collection Stopping for Strangers: “at once honed and expansive, where precise, direct language masks incisive emotional complexity and stark psychological depth” (National Post). That same precision is found in Two Roads Home, which wastes no words. Griffin’s tight prose makes the pages of this novel fly by: can Pete outrun the police? Will his mother, devastated by the accusations being made against him and determined to clear his name, manage to track him down first? Will the group of activists turn on each other, and turn each other in? And do we want them to get caught, anyway?

Steven Price says, “Daniel Griffin’s Two Roads Home is a blistering examination of modern-day radicalism, a society’s collective guilt, and the possibility of redemption. As propulsive as a thriller, with characters so real they draw blood, this is a powerful novel that never lets up.” Two Roads Home is the perfect book to dive into for an intense – and intensely satisfying – weekend read.

Two Roads Home is like the nuanced, layered, wide-spanning takes on a contentious issue found in Zoe Whittall’s The Best Kind of People meets the on-the-run pace of Lisa Moore’s literary thriller, Caught. 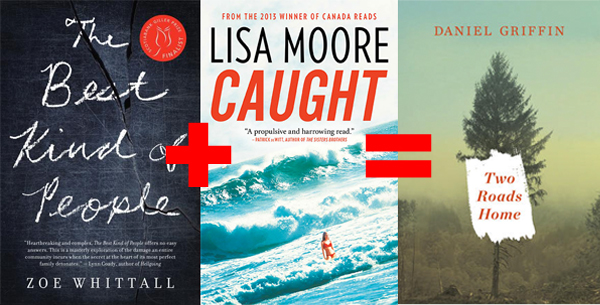 Thanks so much to Kelsey at Freehand Books for introducing us to  Two Roads Home. For more great debut fiction, click here. 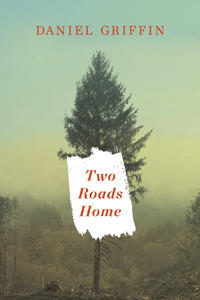