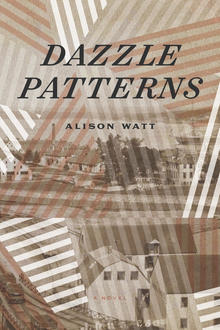 Alison Watt's historical novel  Dazzle Patterns (Freehand Books) opens on the day of the Halifax Explosion of 1917 - the largest man-made disaster in Canadian history - when a cargo ship carrying explosives collided with another vessel. A story about love, loss, and the role of art, the novel has been described by award-winning author Kevin Patterson as "a gorgeous and immersive read, the work of a great and generous talent." 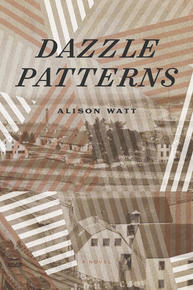 Who: Alison Watt is a writer and painter. She works and teaches out of her studio on Protection Island, near Nanaimo, BC, and leads workshops internationally ( www.alisonwatt.ca). Originally a biologist, she has an MFA in creative writing and is the author of The Last Island: A Naturalist’s Sojourn on Triangle Island, winner of the Edna Staebler Award for Creative Non-Fiction, and Circadia, a poetry collection. Dazzle Patterns is her first novel.

Dazzle Patterns is a novel that just nails it. Historical fiction that is written so perfectly, so deftly, that it fully immerses the reader into the world of Halifax, 1917 – where you feel that you, too, are moving through its war-weary streets, rather than merely reading about it.

December 6, 1917 – the Halifax Explosion was the largest man-made disaster in Canadian history. It flattened parts of the city, killing 2000 and injuring 9000 more. It’s said that it destroyed every window in the city. As we approach the 100th anniversary, many memorials and tributes are planned. For example, the City of Halifax is placing a series of twelve sculptures around the city, each of which tells the story of what happened at that location.

Alison Watt was inspired by her own family’s story to write Dazzle Patterns – her grandparents met in Halifax in 1918, after her grandmother moved to the city to fill one of the many empty jobs caused by the explosion.

In Dazzle Patterns we’re introduced to Clare Holmes, a young woman who works as a flaw checker at the Halifax glassworks. She plans to join the Red Cross in England as a way to be closer to her fiancé, Leo, who is stationed in France. But the explosion changes everything, irrevocably.

Clare, injured in the blast, is no longer able to work. Her new friend, a German-Canadian glassmaker named Fred Baker, introduces her to the Victoria School of Art, and Clare throws herself into drawing as a way to keep herself busy. Her mentors at the school are real figures from Canadian art history – Arthur Lismer, who would later be a member of the Group of Seven, and Mary Riter Hamilton, who was praised in her day as “Canada’s First Woman Artist.” (Although, certainly, there were many other women artists in Canada before her…)

Dazzle Patterns is a novel that explores the role of art and the casualties of war, both abroad and at home. It’s about ordinary people living through an extraordinarily difficult time in history, faced with things they never could have imagined. It’s a love story, yet one that manages to not be straightforward or clichéd. It’s a story told with elegance and grace, while also painting a vivid portrait of the horrors of the explosion, the grime of a rundown rooming house. Dazzle Patterns is a story that simply – well – dazzles.

Dazzle Patterns takes its title from the dazzle camouflage that was used extensively on ships in World War I – many of which stopped in the Halifax harbour. It’s a type of camouflage that seems in total opposition to our modern notion of camouflage – dazzle camouflage’s bold, geometric shapes and colours were intended to confuse the eye, rather than to conceal. Arthur Lismer painted a series of ships in dazzle. Alison Watt’s novel, on the other hand, works its way into the reader’s heart one page at a time: “Despite the tragic detonation that sets the story into motion, Dazzle Patterns does not attempt to blow the reader away. Instead it quietly seduces, drawing you into its world until you realize that there is nowhere else you would rather be” (Ian Colford, author of Perfect World).

The beautiful writing and wartime drama of Anthony Doerr’s All the Light We Cannot See meets the way that Cathy Marie Buchanan’s The Painted Girls showcases “behind the scenes” glimpses into famous art and artists. 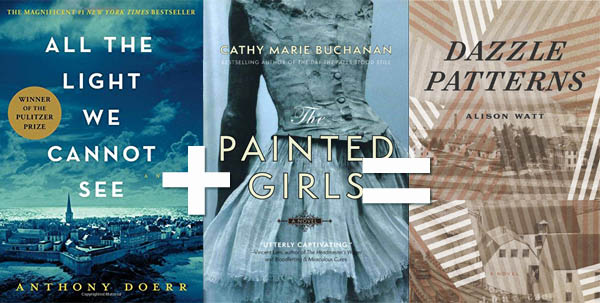 Thanks to Kelsey at Freehand Books for sharing Dazzle Patterns with us! For more debut fiction, click here. 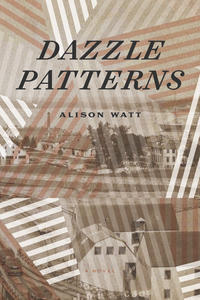 In Review: The Week of October 23rd

March 21, 2017
Poetry in Motion: The Typewriter Poetry of Gustave Morin