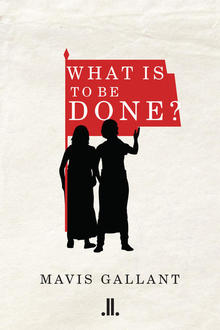 Character Study: What Is To Be Done?

You probably know Mavis Gallant – the Montrealer-turned-Parisian expat – from her unbelievably evocative short story collections...but did you know she was a playwright too? We teamed up with Linda Leith Publishing to cast her only play  What Is To Be Done ? (and we already know it's Oscar-worthy, because MERYL).

Optimism. Activism. Yearning – for a changed world and for love. Disillusionment. Resilience. And, above all, humour! All explored and revealed through the lives of two young women in Mavis Gallant's only play. Jenny and Molly are left-wing activists when this play opens in Montreal in 1942. When it premiered at Toronto's Tarragon in 1982, reviewer Carole Corbeil called the play "a mix of 40s French comedies, evocative naturalism, and off-the-wall surrealism." Set amid the struggle against Fascism, this play is as relevant today as it was when it was written, as today's youth long for change in a world that seems to have gone mad – again. What Is To Be Done? really should be a movie.

Jenny is 18, idealistic, caught up in a romance with socialism, dreaming of a different post-war world. It will be a "clean new world, with a clean swept sky," she tells her friend, Molly. But there's a lot of disillusionment on the way as well. And will Jenny ever persuade her newspaper boss to let her out of the clerical pool to write the great articles she keeps proposing?

Jenny's friend Molly is 20, already married with a husband overseas. She's negotiating what it's like to be single--but not--in a city brimming with intoxicating ideas and equally intoxicating refugees from around the world. Caught between optimism and disappointment, Molly treasures her friendship with Jenny because "there are no mortgages" but love is "just one foreclosure after another."

Willie is from Glasgow, older than the girls but still young. A bit of a mystery. As Jenny says to Molly, "Does he count as foreign? He speaks English. Sort of. He does seem poor. What could make him foreign." As for Willie, he's out to educate the girls in how to be proper Stalinists--with some Benny Goodman, booze, and his exotic comrade Karl-Heinz thrown in the mix.

Mrs. Bailey is socialism's den mother. She's very serious about the cause (she's replaced her father's picture with one of Stalin), and she's got a lot to teach these young women. Mrs. Bailey is also a woman of practical action: she spends much of the war knitting balaclava helmets for the men overseas.

We took the description and (stellar) cast and made a movie poster for this adaptation: 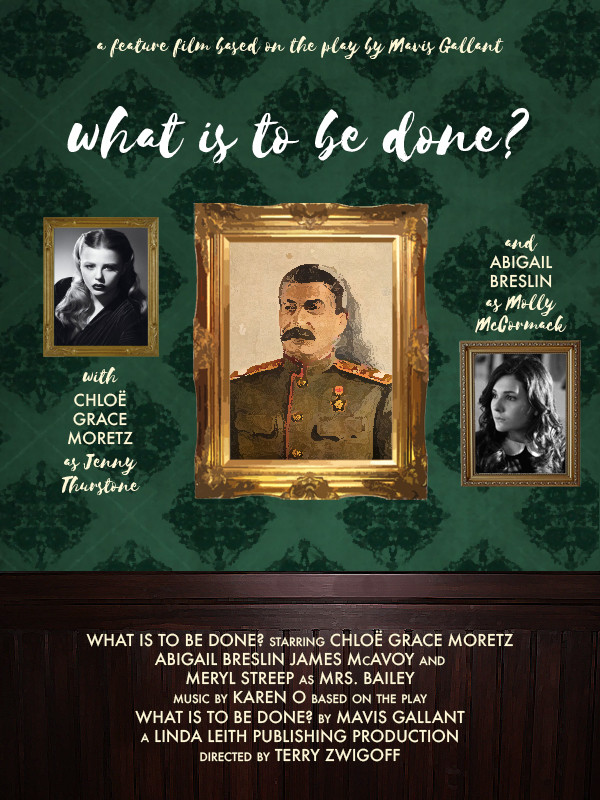 BRB, lining up to get tickets.

Thanks so much to Carmelita at Linda Leith Publishing for playing casting director with us! Read What Is To Be Done?, and then check out more Character Studies here.

What Is To Be Done?