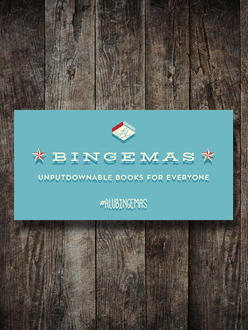 It's the inaugural day of  BINGEMAS – a roll-call of giftable books for those folks who binge: on video games, on podcasts, and, on perhaps the most bingeable of all: Netflix original series. If your giftee has expressed an undying obsession with either Stranger Things or Friends from College, read on.

Maybe some watch Netflix, but – much like with reading – we've been known to binge it. These two book recommendations come hot on the heels of the Netflix-original series they resemble (and, bonus: they're 15% off):

The second season of Stranger Things came out amid super-high fan anticipation (I mean, that one episode dampened things for some), and it's no wonder: the amazing child actors, the nostalgic 1980s setting, and pitch-perfect sci-fi resonate with many. Blood Fable by Oisin Curran (BookThug) hits a lot of these notes – its setting is also a small American town during the Reagan era – but perhaps most so through the eyes of its child protagonist and his fantastical attempts to make sense of the world around him. Like Stranger Things' Will, what's in the boy in Blood Fable's own mind is both the key to the town's survival and also, potentially, its undoing.

If "uncomfortably, depressingly funny" is 2017's humour modus operandi, new show Friends from College is its sacred text – and we see a lot of Keegan-Michael Key's Ethan in Small Claims' main character, Charlie. Like Ethan, Charlie's also a writer looking to jumpstart his flagging, once-respected career, also experiencing problems at home with his wife, and also going to great, strange ends to cope with his midlife ennui...though instead of wine tours and drug binges, Charlie's found himself at small claims court, an offshoot of author Kaufman's Hazlitt non-fiction column Petty Justice.

If you've got a Stranger Things or Friends from College fan on your list, why not gift them a book to binge? Not only are  Blood Fable and  Small Claims 15% off until December 15th, buying these (or any!) book during this time gets you an extra-special postcard with your own 15% discount code for January. When we say "the gifts just keep on giving," we really mean it. 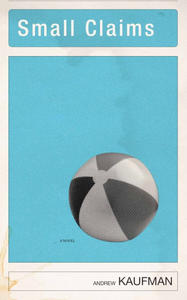 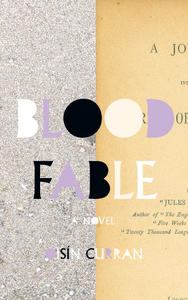