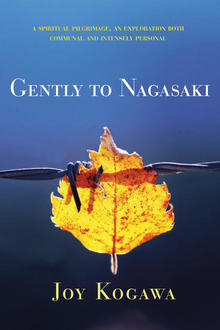 Milk and Momotaro. Everything a Canadian does is Canadian. Those lines uttered by Aunt Emily stuck in my mind. A few lines earlier in the paragraph, the Japanese word ‘majime’ appears, making these words in this particular novel something a Canadian had written. What Joy Kogawa did by incorporating these words in her text was make them 'Canadian.'

“Surely I cried sometimes,” I said to Aunt Emily when she told me what a quiet child I’d been.
She shook her head. “I can’t remember that you ever did. You never spoke. You never smiled. You were so ‘majime.’ What a serious baby – fed on milk and Momotaro.”
“Milk and Momotaro,” I asked. “Culture Clash?”
“Not at all,” she said. “Momotaro is a Canadian story. We’re Canadian, aren’t we? Everything a Canadian does is Canadian.”
– Obasan, p. 17

A few years ago, I taught the novel Obasan by Joy Kogawa as part of an Asian and Asian North American Literature course at Canadian Mennonite University in Winnipeg where I live. It had been a long time since I’d taught that novel – over a decade in fact – and in that time, it had gone out of fashion on the Canadian Literature syllabus, replaced by other works by Canadians that didn’t necessarily deal with systemic racism, national injustice, or cultural identity. 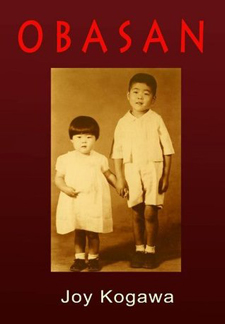 At the time of its publication in 1981, Obasan was a groundbreaking work. Although there had been some non-fiction written about the Japanese Canadian internment, Joy Kogawa was really the first to deal with the history as a novel. Because Obasan was so well written and moving, it was effecting and influential on those who read it and brought the story of Japanese Canadians to a much wider reading audience.

People who read the novel – teachers, in particular – then wanted to share the book. Its disappearance from the classroom meant that a generation was not exposed to the artful telling of the story of the internment of Japanese Canadians during the Second World War and that is a loss.

My very first experience in exposing students to this novel occurred when I was a graduate teaching assistant at the University of Alberta in their Masters program. The professor I was working with at the time was teaching the novel and she allowed me to present it in a context that related to my own family’s experience of the internment. A year before, my grandmother gave me a bunch of sepia coloured photographs from an old suitcase that were taken during the family’s internment in Lemon Creek, British Columbia.

There were shots of school children lined up with their teachers, pictures of a Sports Day replete with the crowning of Miss Lemon Creek, and families lined up on the sides of a field watching young people performing gymnastics. I had these photos made into slides, which I presented alongside my reading sections of the novel and clips of music. It was a crude 90's version of a multimedia presentation.

Back then reading, teaching, and presenting that novel was a personal ‘exorcising’ of the injustice my own family suffered and to whom I wanted to draw the attention of other Canadians. But this more recent time, I taught the novel with a sense of just how it informed me of this amorphous thing called the ‘Canadian Identity.’

Milk and Momotaro. Everything a Canadian does is Canadian. Those lines uttered by Aunt Emily stuck in my mind. A few lines earlier in the paragraph, the Japanese word ‘majime’ appears, making these words in this particular novel something a Canadian had written. 'Milk' – the meaning is obvious; 'Momotaro' – refers to the Japanese folktale of the boy found in a peach; and 'majime' as translated (and seamlessly, may I add) in the text – means 'serious.' What Joy Kogawa did by incorporating these words in her text was make them 'Canadian.' In essence, this paragraph has captured what I have been trying to do ever since as a writer working with words. Joy Kogawa paved the way for me on just how to be Canadian on the page.

It all boils down to language. Which leads me to another thing that has always impressed me about Obasan; it is a novel redolent of the language of the Bible. Joy is the daughter of an Anglican priest, and I’m sure the English of the Bible, likely the King James Version, was an ever-present entity in her creative imagination. I used to love reading out this passage from Obasan (p. 160) that describes the camps:

The ghost town is alive and kicking like Ezekiel’s resurrected valley of the bones, the foot bones connected to the ankle bones, the ankle bones connected to the leg bones, and all them bones, them bones, jitterbugging in the Odd Fellows Hall, skating in the rinks, hiking and running up and down the mountainsides and the streets and paths of Slocan. There are craftsmen carving ornaments and utensils from tree stumps, roots, and driftwood, making basins, bins, spoons, flower stands, bowls; building wooden flumes, bathhouses, meeting halls. There are times for resourceful hands to be busy with survival task – pickling, preserving, gardening, drying and smoking food. There are times to relax and talk, to visit, to worship, to commune.

If you look up the scripture passage in Ezekiel – The Valley of the Dry Bones, you will read:

You will see that Kogawa has constructed her passage in way that evokes 'hope' for this 'lost people' exiled to the mountains. The literary allusion is sophisticated and comforting at the same time. The last word in this paragraph is 'commune' and this is what an exiled people does. This is Kogawa’s interpretation on the nature of suffering and deliverance. We live in 'hope' of deliverance and 'commune' in the suffering. 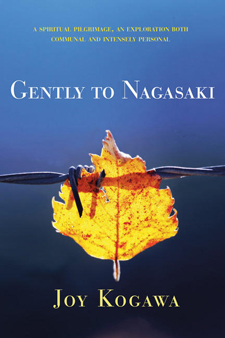 A good literary critic will ask oneself what a text has to give and a good literary text is one that gives continuously in each reading. Joy Kogawa conscientiously gave of herself in Obasan, and I have received the wisdom of this text over the years.

But Obasan was not the only literary text in which she gave of herself – there were also the novels Itsuka, which dealt with the generation of Japanese Canadians who struggled to achieve Redress, and The Rain Ascends, that probed the painful relationship between an adult daughter and her pederast priest father.

And too, there was the poetry. I remember reading Garden of Anchors, a selected collection of Kogawa's best poems, and thinking to myself what a poet Joy truly was, and how her poeticism infused everything else she wrote in prose.

However, of all the things she’s written, I think, for me personally, Obasan is still the most 'impactful' as a new generation of readers might describe it. Although Obasan is well behind her in the wake of the release of her long awaited memoir, Gently to Nagasaki, I am sure that all the elements that went into the writing of Obasan will still be in force in Joy’s memoir and I look forward to reading it very much.

Sally Ito lives and writes in Winnipeg, Manitoba. Her most current book is Are You an Echo: The Lost Poetry of Misuzu Kaneko for which she did the Japanese to English translations of the poetry with co-translator Michiko Tsuboi. 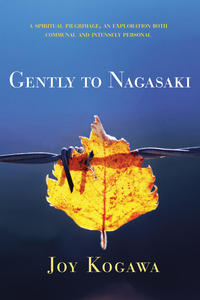 October 11, 2016 by Jowita Bydlowska
In Review: The Week of September 26th