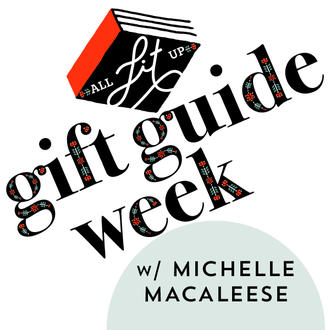 We hope you enjoyed following along with us all week as our lit experts weighed in to help get your giftlists and wishlists started. Our final recommender, Michelle MacAleese has her finger on the pulse of what's hot in niche books and literary reads with these four all-star picks.

We could recommend books until the cows come home here at All Lit Up, but for gifts you'll love to give this holiday season, we deferred to the experts. From November 28th-December 2nd, tune in for recommendations from a book designer/poet, a festival director, a novelist, a bookseller, and an editor.

Hello shoppers! I feel like you can’t go wrong giving any book as a present—you look smart and your friend looks smart. If you’re shopping here, you’re already demonstrating your good taste as well as a commitment to Canadian artists. It’s my pleasure to make a few recommendations to help you make your selections.

Two of my picks are super niche—if you have a KITH or a RUSH fan in your life, you’ll know it, and buying for them will be a no-brainer. If you don’t have any of those weirdos on your list, go with one of the works of literary fiction, Between Clay and Dust or Light Lifting—they both come in gorgeous paperback editions and are at once easy to get into and deep enough to reward careful re-reading, so you can gift with confidence! 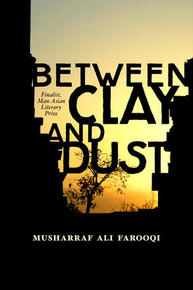 Between Clay and Dust

In the novel Between Clay and Dust the protagonist realizes all of a sudden that the whole world has swiftly changed. (Sound familiar?) The book is about a distinguished pahalwan, master wrestler, who refuses to feel outraged and refuses to give in, even as he realizes the people around him have no use for the old ways that have sustained him for so long. Or, as one reviewer described it, the book is about “what happens to people when their most cherished possessions — their beliefs — come into contact with change.” I think you’ll enjoy the descriptions of fight and ritual told in a plain and elegant style and feel the weight of history as it unfolds in the intimate spaces of one man’s life, akin to A Whole Life by Seethaler. Thank you, Freehand Books, for understanding how much I enjoy flaps on a paperback. This beautiful, short novel (234 pages) was shortlisted for the Man Asian Literary Prize in 2012, and is as relevant today as ever.

In addition to being a prize-winning writer, Musharraf Ali Farooqi does some serious work as the general editor of the Urdu Thesaurus and as a connoisseur of kitten videos on Twitter. 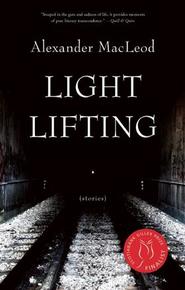 There’s a lot of action in Alexander MacLeod’s story collection Light Lifting. This is a book in which stuff happens! I thought I was the only person in Canada who didn’t read this collection when it was shortlisted for the Giller Prize a few years ago, but I read it this year and have been handing it to people ever since. I had always assumed its title referenced a delicate scene of morning sun on the ocean or some such classy Canadian image. Instead, as we learn from the narrator of the title story, it refers to how a labourer’s task of simply carrying bricks across a yard might seem quite achievable until one tries to do it constantly for a whole day, a summer, or a lifetime. Small things can cause the most damage. No small thing is overlooked in these stories: subtle looks, quick touches, deepest longings. And even if the person you buy this book for misses some of its subtleties, they won’t miss the entertaining plotlines about regular people facing their fears, trying their best, and doing their jobs. I promise you, each story will be read in one gulp. Also, heads up Maritimers: Alexander MacLeod was born in Inverness and now lives in Halifax and teaches at Saint Mary’s. In the years in between, he lived in what seems like the most interesting part of Ontario: Windsor, which becomes a common setting for his fiction. 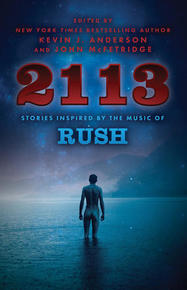 2113: Stories Inspired by the Music of RUSH

Okay, Rush fans and those who love them. (Everyone else can probably safely tune out.) For less than twenty dollars, you can grab this great stocking stuffer 2113: Stories Inspired by the Music of RUSH. I don’t read a lot of sci-fi and fantasy, so I hadn’t heard of the contributors but when I saw Kevin J. Anderson was a co-editor, and since he did a wonderful job with the steampunk fantasy novel Clockwork Angels, which he co-wrote with Neil Peart, I knew I was in good hands. The artistry of this band is well-known—not only musically, but on every level: imagery, lyrics and imagination. Even after 40 years, their songs still send sparks flying in all directions and the writers included in 2113 fan the flames, creating some really neat stories. (Don’t miss Larry Dixon’s “Race Human” inspired by “Marathon.”) 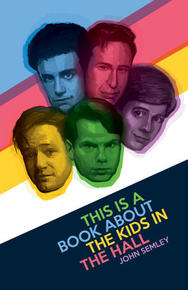 This Is a Book About The Kids in the Hall

Even if you don’t think you know the celebrated, irreverent, and very weird comedy troupe the Kids in the Hall from the 80s/early 90s, you may recognize many of their sketches, and if you are familiar, you’ll know all about the mark they made on the history of alternative comedy and pop culture. Learn even more in John Semley’s book, This Is a Book About The Kids in the Hall, which is the product of many hours of fandom and research, including interviews with all the major players—all the Kids as well as Lorne Michaels and high-profile comedians. Another hit in ECW’s list of high-quality pop culture books, This Is a Book About the Kids in the Hall will help you realize the importance of the “only legitimately hip, cool things that the typically risk-averse CBC ever produced.” If you’re going to buy one book about Canadian comedy this holiday season, make it this one.

Wishing you and all your smart friends a happy holiday, filled with good reads and special times together.

Thanks to Michelle for this sweet mix of literary and pop culture reads (that will be especially useful when playing Trivial Pursuit.) Check out our other gift guide recommendations, here.

Five literary experts and 17 book recommendations later, our gift guide week has come to an end. By now you should have a well rounded litlist to begin your holiday bookspree (or to buy for yourself because, well have you seen the selection?) Thanks for following along with us! 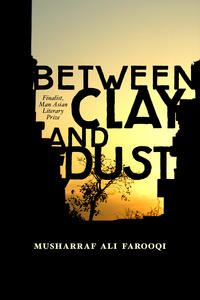 Between Clay and Dust 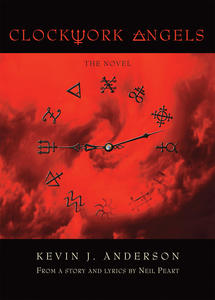 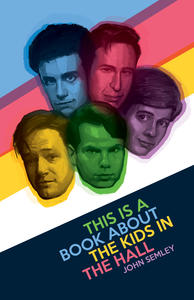 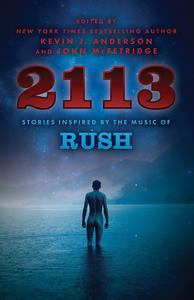 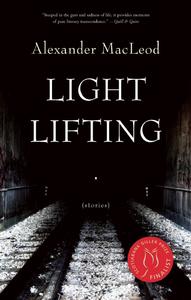