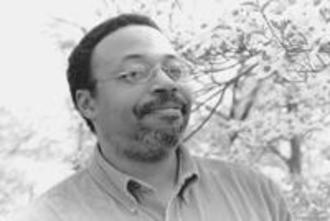 Twentieth Century Mexican history has given the world the wonderfully oxymoronic political entity, The Party of the Institutionalized Revolution (which sounds a bit like Canada’s Progressive Conservative party).  I think of it whenever I think about reports of 1) the demise of poetry or 2) its “resurgence.”  I take all such reports with, not only a grain of salt, but with a strong sip of wine.  In my view, Poetry is itself a bit of an Institutionalized Revolution.  What I mean is, it’s always present—and always being reborn, always being remade.  Indeed, if it is ever truly being reborn, it is because it is always written out of a sense of peril, of insecurity, that whatever is being writ, must be writ, no matter danger to comforts or to safety.

Twentieth Century Mexican history has given the world the wonderfully oxymoronic political entity, The Party of the Institutionalized Revolution (which sounds a bit like Canada’s Progressive Conservative party).  I think of it whenever I think about reports of 1) the demise of poetry or 2) its “resurgence.”  I take all such reports with, not only a grain of salt, but with a strong sip of wine.  In my view, Poetry is itself a bit of an Institutionalized Revolution.  What I mean is, it’s always present—and always being reborn, always being remade.  Indeed, if it is ever truly being reborn, it is because it is always written out of a sense of peril, of insecurity, that whatever is being writ, must be writ, no matter danger to comforts or to safety.

If I were a gambler, I’d bet that, at least once a year, major news outlets do a version of a story in which poetry is written off as irrelevant, a hard-sell, difficult to understand, and no fodder for Hollywood blockbusters, whether one thinks of screen adaptations of epics or bio-pics of poets.  These stories are, naturally, clichés, and could very well screen as a series of stop-action moments:  Exhibit A:  Starving Poet; Exhibit B: Bankrupt Publisher; Exhibit C: Confused Student; and Exhibit D: Professor Profiting by Theorizing about Inexplicable Imagery.  The bottom-line sensibility of these tales is, poets are eccentric, incomprehensible weirdos, Romantic throwbacks who are as out-of-date as the horse-and-buggy on a freeway.

Nevertheless, these perpetual (always premature) obituaries for Poetry express, actually, an underlying anxiety that the official worship of capital(ism) is inhumane, corrosive of moral excellence, and concerned about (overly) satisfying physical needs and not about nurturing the soul.  Thus, alarmist headlines about the difficulties of being a poet in the Ayn-Rand-obsessed Occident are really about the difficulties of trying to maintain Compassion and Imagination as hallmarks of the civilized self and of civil society.  For one thing, if the individual is merely a consumer and the nation-state only an economy (a trade-treaty arrangement), what need is there for any non-commercial artist or unpopular art?  The worry motivating such queries is, if poets disappear, are the decent qualities of civilization next?  In this sense, poets are not just metaphorical songbirds, but the proverbial canaries in the coal mine.

But if the easy, annual news story is, being a poet is a tough option, given that the market is small and income negligible (to announce that one will be a poet has about the same commanding currency as announcing that one will be a saint), the story is supported by the despairing, sidebar commentary that, to quote W.H. Auden, “poetry makes nothing happen.”  It is so non-utilitarian, it can’t feed its makers, let alone overturn governments or win wars.

According to mass media, the poet is odd and poetry unimportant.  And, most damningly, it has no place in the marketplace, where the only quotations that matter are stock prices and bond yields.

But Auden is misunderstood; or, he is wrong.  Poetry matters because it can help us see our hearts more clearly, or think more clearly—and feelingly—about life experiences:  Birth, love, death; relationships to family, friends, lovers; connections to nature and/or spirituality; recognition of spine-tingling art; etc.

However, poetry doesn’t only exist as words on a page or pages in a book.  It also exists as song, and one can sense its heightening presence in Leonard Cohen, Bob Dylan, Joni Mitchell, Lennon & McCartney, and in the blues and in spirituals.

Yet, as the great critic John Fraser has noted recently, one of the hobbling facts of the late, lamented Occupy Movement is the participants had no songs—no songs to rally each other and to serve as anthems to galvanize the public.  What mass movement can succeed if it lacks balladry?

Of course, there are those quite happy to celebrate the seeming sterility or ineffectuality of poetry, especially protest poetry.  But I say to those folks what the Marxist philosopher Herbert Marcuse says, “It seems that the poems and songs of protest and liberation are always too late or too early: memory or dream.”

Yes, but, when they are needed, when those poems are demanded, they do appear.  I’m reminded of the famous mass Internet searches for—and citations of—Auden’s “September 1, 1939,” in the wake of the catastrophe that was the anti-U.S., Guerilla-Terror Campaign of September 11, 2001.  Seeing those events as triggering war, folks looked back to a poem expressive of concern and consternation regarding an earlier (world) war.

Let’s now remember Winter 2008:  The Barack Obama primary campaign for the Democratic Party Presidential nomination was rich with poetry, a heightened public speech—oratory—not heard in the U.S. since the days of JFK, MLK, and RFK.

When folks emerged from Obama’s speeches back then, tears ran from their eyes:  Not only because they had heard preternatural eloquence, but because they had heard the Truth—about the lies backing the Iraq Invasion of 2003—and they knew it. Obama’s speeches then possessed the unbeatable poetry of Truth, and whatever his failures as President since, reflect his failure to forward Truth as eloquence.

To think about Canada for a moment, I admit that I miss Pierre Elliott Trudeau and his speeches arguing for a made-in-Canada Constitution.  It’s because of his oratory that we now have a Charter of Rights and Freedoms, which is, sometimes, the only thing preventing Canada from rolling back to the Middle Ages—the Dark Ages.

Justin Trudeau called out, in 2014, for legalization of marijuana, and that’s fine.  But it pales in comparison to his father’s success in renewing the Constitution.  The difference here isn’t just generational.  Trudeau, père, knew poetry; Trudeau, fils, knows pollsters.

What the 1960s politicos knew, that the 20-teens politicians forget is, all public policy arrives as a lead-weight unless it is dressed in the gossamer dazzle of poesy.  That’s what sends dudes to the moon; that’s what gives government a human face.

So, to amend Auden’s elegy for W.B. Yeats, the alleged death of poetry has been kept from the poets.  If poetry is dead, or has died, we just haven’t heard. Beg your pardon.

I know that the average book of poetry, in Canada or in the U.S. (which is ten times bigger in population), has a print run of 500 and sales usually less than half of that; few get reviewed; and even fewer have more than a few reviews.

(Then again, newspapers report on “Entertainment,” which is the specialty of the novel, not of poetry or printed drama.)

Poetry shelves in bookstore chains are, for the most part, an afterthought: The ghetto of the bookstore.

But poetry recitations are also, usually, sparsely attended, for the poet is, especially in North America, a fan among a small base of fanatics or devotees.  The poetry audience is a coterie, not a mass market, except—grudgingly—in schools where a select few are foisted upon generally disapproving students.

I don’t deny that there have been a few periods in contemporary history when poetry has flourished popularly beyond the ranks of the illuminati (so to speak).  In English Canada, the nationalist moods of the 1920s and 1960s-70s, plus 2nd-wave feminism (1970s-80s), expanded the popular audience for poetry.  Similarly, in the U.S., the Beat Movement of the 1950s, plus the various protest movements of the 1960s-1970s, aided and abetted by the appearance of targeted anthologies (anti-War, Black-oriented, feminist, etc.), found relatively numerous readers for poetry.

Yet, in English Canada, which lacks a populist tradition in literature, most serious readers (and writers) of poetry occupy seats in universities, either as students or as teachers, and tend to have (or are earning) degrees, in English or in Fine Arts.

Too, often, a degree requirement will be the production of a collection of poetry, under the tutelage of esteemed Visiting Writers or of practitioner poet/professors, so that what is produced is learned, ironic, experimental, skilful, deft.  Not intended for a casual reader.

Yet, there are popular forms of poetry, which have something like a mass following (if not a bookstore presence):  I’m referring to Slam Poetry competitions and to the practitioners of Spoken Word.

The Slam competitions attract audiences of a hundred, easily, usually.  I have personally attended a Spoken Word event, in Toronto, in which 300 persons paid $15 each to hear 15 black women poetize aloud—powerfully—about their lived experiences.  “Print” poets should be—rightly—jealous.

Personally, I dislike the “Spoken Word” moniker.  All good poetry is, sooner or later, “Spoken Word,” if one bothers to remember that poetry is an oral art, not, primarily, a visual one.

Yet, this division is false and pernicious.  “Print” poets ought to learn from “performance” poets how to actually express words to build a connection with an audience (not just a readership: there’s a difference); likewise, “performance” poets can learn from “print” poets how to layer their words with subtly different registers of meaning, while still maintaining an illusion of direct address.

One of the young poets who is combining performance-and-print is El Jones, the Poet Laureate of Halifax.  Check out her Live from the Afrikan Resistance  (Roseway—Fernwood).

Apart from those protocols, Poetry is the living dead; the Word made flesh—reanimated—when spoken.

George Elliott Clarke, inaugural E.J. Pratt Professor of Canadian Literature at the University of Toronto and Toronto's Poet Laureate, was born near Windsor Plains, Nova Scotia, and raised in Halifax. Clarke holds an Honours B.A. in English from the University of Waterloo, an M.A. in English from Dalhousie University and a Ph.D. in English from Queen's University. He practices poetry, politics and journalism. In 2001, Clarke won the Governor General's Award for Poetry for his collection Execution Poems, published by Gaspereau Press. Clarke's  Whylah Falls was one of the selected books in the 2002 edition of Canada Reads, where it was championed by Nalo Hopkinson. 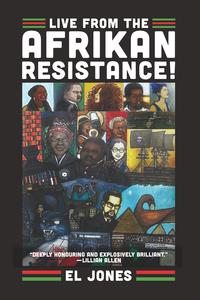