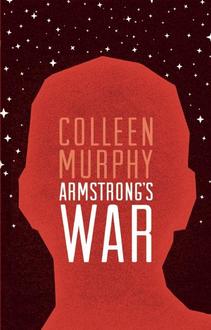 Reading the play was way different than reading the books and novels I’d read up to that point because on the page nothing came between me and the characters – their words, their spit, the way they’re feeling – there was no ‘he said then she said’, no descriptions of seashores or buildings or which way the sun was shining or what happened thirty years ago, everything was NOW and everything the characters did – kicking, standing, walking away from each other – made me want to follow them.

I never read a play until my grade 10 English teacher said he wanted to start a drama club – a WHAT club?

No one ever talked about DRAMA in the Northern Ontario mining town where I lived so when he asked if anyone in the class was interested only three of us timidly raised our hands. Maybe one of us had read about Shakespeare or heard of LIVE THEATRE before but I hadn’t so my brain got scrambled when I started reading a mashed up photocopy of the play he handed us. At first it didn’t make sense because the writing was laid out on the page with a person’s name printed out followed by blah blah blah… then the other person’s name printed followed by blah blah – two bums talking. 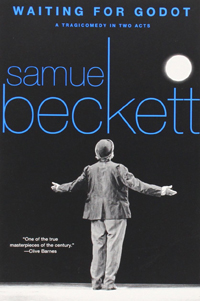 Very repetitive, I thought, very fucking repetitive but I got sucked into their bickering about one of them having gotten beat up and the Savior not saving them. Then another guy – Pozzo – comes along dragging another guy – Lucky – on a leash like a dog and starts talking about how “behind the veil of gentleness and peace, night is charging,” how it will burst and the earth is a bitch. My eyes popped wide open reading “this bitch of an earth” and I imagined four guys standing inside my head yowling, and even though Lucky didn’t say much I SAW him shining and helpless like a dangerous pet. I didn’t understand a lot of what I was reading but I FELT the words, I felt the two guys who were waiting for Godot to show up.

Right near the end Vladimir says that they’ll hang themselves tomorrow unless Godot comes, then he says, “Well? Shall we go?” and Estragon says, “Yes, let’s go,” and the stage directions say, “They do not move. THE END.”

Reading the play was way different than reading the books and novels I’d read up to that point because on the page nothing came between me and the characters – their words, their spit, the way they’re feeling – there was no ‘he said then she said’, no descriptions of seashores or buildings or which way the sun was shining or what happened thirty years ago, everything was NOW and everything the characters did – kicking, standing, walking away from each other – made me want to follow them.

The stage directions gave me glimpses into what the characters were feeling. Here are the directions when Vladimir and Estragon are sharing a carrot just before the entrance of Pozzo and Lucky: “A terrible cry, close at hand. Estragon drops the carrot. They remain motionless, then together make a sudden rush towards the wings. Estragon stops halfway, runs back, picks up the carrot, stuffs it in his pocket, runs to rejoin Vladimir who is waiting for him, stops again, runs back, picks up his boot, runs to rejoin Vladimir. Huddled together, shoulders hunched, cringing away from the menace, they wait." Clearly the two are afraid but still hungry and they cling to each other like little children. Samuel Beckett was so generous with his stage directions.

My English teacher wanted to put on the play and take it to Wawa where a judge from the Dominion Drama Festival would come up from Toronto. He gave me the part of Pozzo but I really wanted to be Lucky – I wanted to stand with a rope around my neck shouting, “Given the existence as uttered forth in the public works of Puncher and Wattmann of a personal God quaquaquaqua with white beard quaquaquaqua outside time without extension…” because those words stirred my heart and it was exciting to rip through a speech with no periods or commas.

My best friend Nancy got cast as Vladimir and our friend Ralph got to be Estragon but we didn’t know the boy who got the part of Lucky because he was a grade ahead of us. We put lots of black eye liner on our faces and I got to carry a WHIP. We chopped down a small birch tree in the bush behind the school and stuck it in the trunk and our English teacher cut the character called Boy because we could only fit five people in his car for the trip to Wawa. Our English teacher probably didn’t know that the Beckett estate wouldn’t have be too keen on a) cutting the character of Boy and b) allowing girls to play Vladimir and Pozzo.

I was nervous performing in Wawa but I wasn’t as affected saying the words out loud as I was when I first read them… plus I was trying to control the urge to whip the crap out the boy playing Lucky because I wanted so badly to play that part but at the same time I had a big crush on him even though he never noticed me except when we were ACTING.

Our English teacher said we did a pretty good job but we came in second behind a British farce that was very popular in the 19th century. We were pissed off about losing (GOODBYE TRIP TO TORONTO) so we drank beer, smoked cigars, and I went a bit crazy touching everything in our room because I had never stayed in a hotel before. Our English teacher threw up on the drive home and said the hamburger at the Esso station was probably rotten.

Reading a play and watching a play are two different experiences, as different as dreaming versus being awake. Time bends in dreams – a minute lasts a day, a year lasts an hour, and perspectives flip around in an instant. You can stand on Earth and look at the Moon or stand on the Moon and look at Jupiter or just GO to Jupiter. You conjure up the world and play all the characters in it – creating them and performing them at the same time.

Reading a play is similar to dreaming in that the words act as conjuring sticks, conjuring up characters and feelings in your imagination, awakening impulses and creating images. Like dreaming, reading is a malleable and personal experience. Sometimes the best production of a play is the one in my head.

The dream world is so unlike the wide-awake world where everything takes on a concrete shape in three dimensions.

The first production of Waiting for Godot I saw was in 1998 – a touring show from the Gate Theatre in Ireland performed at the Winter Garden in Toronto. Even though a few theatre friends quipped that the production was ‘tired’ I bought a ticket for a seat in the second row and was astonished because the production was as wide awake as anything I’ve seen since.

There is no anticipation as joyful as being in a theatre when the house lights fade down and I’m breathing along with other people. I don’t know if the person in front of me will fall asleep or the person behind me will laugh or cry or fart, and who knows what will happen on the stage. Add to that the terrible thrill of not being able to leave – I mean you can leave – I’ve done it, fumbled along over a pile of knees but mostly I try to stay because I contend that in watching a play I step from the real world into the more real world, from the cooked world into the raw one, from the day into the night.

Watching Waiting for Godot in three dimensions I could FEEL time… feel it PASSING, and I felt the moments and the silences and the breaths – not only from the actors but also from the audience around me – and I could hear so sharply the collision of consonants and the stretched music of vowels coming out of the actor’s mouths.

I forgot I was watching actors ACT. Instead it felt like Vladimir and Estragon and Pozzo and Lucky and the Boy were up there LIVING every moment of their lives and it was funny and scary and sad. Vladimir and Estragon seemed so lost at times, and Pozzo was a fucking mean bastard – I’m glad he goes blind even though I felt sorry for him a little bit – and Lucky, I just wanted to climb onto the stage and hug him.

I enter a play through character – character takes me and holds me. I’ll start watching a play and think geez this is as dull as ditchwater then a character says something incredible or does something unexpected and suddenly the playwright has made me give a shit. I experience a play through character, and experience character through the actor. I still vividly remember the actors playing Vladimir and Estragon in Waiting for Godot. Barry McGovern and Johnny Murphy were so alive on the stage, so present in every moment, that I believed it was the first time they ever performed the play.

At our last DRAMA club meeting (we didn’t know it would be our last because we didn’t know how sick our English teacher was) one of us four – probably Ralph who was buoyed by the tiny success in Wawa – asked how could we tell if the play we pick for our next Dominion Drama Festival adventure would be a good choice. Our English teacher said, ‘Moving a corpse from two dimensions into three is no guarantee of resurrection – what’s dead on the page often remains dead on the stage and what is alive on the page is alive on the stage.’

His words – which sounded so weird and vehement at the time – stuck with me forever so I always keep my nose up sniffing the air, always alert for the dreaded whiff of the sweet putrid smell that comes from something decomposing, especially if it’s wafting up from my own writing.

But when the writing is alive, when it’s gulping huge mouthfuls of oxygen, the act of reading or watching a play – dreaming or awake, experiencing it as malleable or concrete, privately or publicly – both are equally compelling in different ways, both offer the reader or watcher a trip through the potent and uncertain machinations of the human heart, a glimpse into death and a peek inside the guts of a beautiful flower.

Colleen Murphy is a playwright, filmmaker, and librettist.  She won the 2014 Carol Bolt Award for her play Pig Girl and was shortlisted for the 2014 Siminovitch Prize in Theatre. Her play The December Man (L’homme de décembre) won the 2007 Governor General’s Literary Award for Drama, the CAA/Carol Bolt Award, and the Enbridge Playwrights Award. Other plays include Beating Heart Cadaver (nominated for a 1999 Governor General’s Literary Award for Drama), Armstrong’s War,  The Goodnight Bird, The Piper, Down in Adoration Falling, and All Other Destinations are Cancelled. She won awards in the CBC Literary Competition for the radio dramas Fire-Engine Red and Pumpkin Eaters. She is also an award-winning filmmaker and her distinct films have played in festivals around the world. 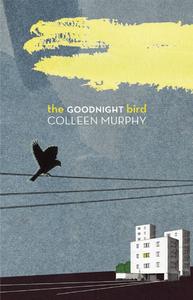 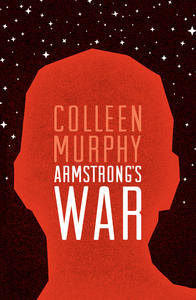 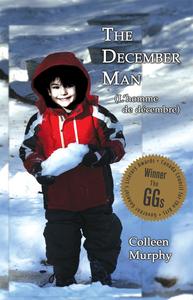