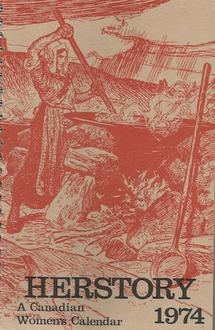 Since 1974, Saskatchewan publisher Coteau Books has been releasing Herstory, a women's weekly calendar highlighting 52 women and their stories, as well as photos, artwork, and topic pages. We think they're the perfect people to highlight books that celebrate women this Women's History Month. You can get in on the celebration, too: Coteau is offering 20% off every book mentioned in this post!*

*But act quick! Offer only valid until October 31st.

Since 1974, Saskatchewan publisher Coteau Books has been releasing Herstory, a women's weekly calendar highlighting 52 women and their stories, as well as photos, artwork, and topic pages. We think they're the perfect people to highlight books that celebrate women this Women's History Month. You can get in on the celebration, too: Coteau is offering 20% off every book linked to in this post!

Since its beginnings as a publishing house in 1975, Coteau Books has worked to promote and publish diverse authors. So whenever Women’s History Month rolls around every October we can’t help but swell with pride at the amazing list of authors we have – from first-time women authors, to First Nations authors, to women-centered stories; heck, we even published a calendar for forty years that told the stories of women throughout Canadian history!

The list we’ve compiled for All Lit Up this year represents just a fragment of the women we have published thus far – almost all of them debut authors, or authors publishing their first book in a new genre. Coteau has worked hard to find authors whose stories have a unique narrative, and help shape our Canadian identity – whether the work is historical fiction featuring women who are down-and-out and mistreated because of their gender, or poetry that beautifully speaks to the everyday struggles women and their families must face, or the real-life, non-fiction stories of perseverance in the face of danger or oppression.

The description for Inspiring Women below, in summarizing the work, summarizes what I hope this list will do for you better than I ever could – allowing you to discover new authors and works and be “carried along by the tide of impressive, courageous, and awe-inspiring women” that is just a small part of what Coteau (and CanLit) has to offer.

Lisa Bird-Wilson’s first book-length work of fiction has been captivating audiences since its publication in 2013 – winning the Danuta Gleed Literary Award and four Saskatchewan Book Awards. A Saskatchewan Métis writer, Bird-Wilson’s collection of short stories includes recurring themes on the complexities of identity, belonging and not belonging, Aboriginal adoption, loss and abandonment, and regret and insecurity. The characters are often fragile, sometimes unlikeable, but ultimately can be identified or sympathized with.

Any and All Poetry by Louise Bernice Halfe

Louise Bernice Halfe is a tour de force – her poetry incomparable. Her first collection, Bear Bones & Feathers, explores her past – the memories of her childhood on the reserve – using Native symbolism and history. Blue Marrow, her second collection, was shortlisted for the Governor General’s Award for Poetry, and is a moving tribute to female strength, while her third collection, The Crooked Good, takes the reader on a three-fold journey through the voice of ê-kwêskît – Turn-around Woman. Her fourth collection – Burning in this Midnight Dream – will be published by Coteau in Spring 2016. Outside of poetry, Louise currently works with Elders in an organization called Opikinawasowin (raising our children) in Saskatoon.

From the pages of Herstory: The Canadian Women's Calendar comes this celebration of 319 of the Inspiring Women who have made our Canadian lives what they are today. Women's lives historically have been very complex and interconnected - being a woman you can never be just one thing. Nellie McClung, for example, was a writer, reformer, politician and mother. Complete with a foreword by Margaret Atwood, Inspiring Women allows the reader to follow the ebb and flow of women’s history and be carried along by the tide of impressive, courageous, and awe-inspiring women.

The Strength of Women: Âhkamêyimowak by Priscilla Settee

A trailblazer in developing global solidarity within and among Aboriginal and non-Aboriginal communities, Priscilla Settee – a recipient of the Saskatchewan Global Citizens Award – has compiled personal recollections by a wide spectrum of Aboriginal women, which tell stories of injustice, racism, sexism, and genocide, but also of awakening, fierce struggles, and hope. Âhkamêyimowak is a Cree word which embodies the strength that drives women to persevere, flourish, and work for change within their communities. Women are the unsung heroes of their communities, often using minimal resources to challenge oppressive structures and create powerful alternatives in the arts, education, and the workplace. The stories included in Strength of Women are by women with vision, who inspire and lead those who have lived in their midst.

Morningstar Mercredi wrote her memoir as a form of activism in response to the ongoing crisis of missing and murdered women in Canada. In it, she describes how systemic colonialism and racism affected her as a first-generation descendent of parents who attended residential schools. Morningstar takes the reader through her survival and the aftermath of the trauma she endured as the child of parents who were subjected to the residential school system. Recounting sexual abuse, family violence, poverty, racism, and overcoming her own alcoholism, her inherent strength to survive a myriad of historical atrocities is powerful. Her experience mirrors that of generations of First Peoples, Metis, and Innu peoples throughout Canada and has been affirmed and documented in the Truth and Reconciliation Report two decades after her memoir was published in 1996.

Winner of the WILLA Award for Historical Fiction, Dollybird – the first book by Saskatchewan writer and farmer Anne Lazurko – tells the story of twenty-year-old Moira, who has been banished to 1906 Saskatchewan because of her unwed pregnancy. In the vocabulary of the prairie west, a dollybird was either a housekeeper or a whore – leaving the community to draw its own conclusions about who and what Moira is and isn’t. Scattered through with birth, death, and the violent potential of both man and the elements, Dollybird excavates the small mercies which come to mean more than they should on a prairie peopled with characters struggling under a huge sky that waits, not so quietly, for them to fail.

The Factory Voice by Jeanette Lynes

The first work of fiction by award-winning author Jeanette Lynes, The Factory Voice – which was nominated for the 2009 Giller Prize – is a quirky, light-hearted mystery about the daily lives of factory workers and in particular of women in a time of transition, both for their personal lives and for the society in general. The lives and dreams of these four vital, engaging women revolve around mysterious events at a Fort William military aircraft factory in 1941.

Let Us Be True by Erna Buffie

Let Us Be True, the first novel from award-winning documentary filmmaker Erna Buffie, tells the story of three women, whose lives have been shaped and damaged by secrets. At the heart of the novel is 74-year-old Pearl Calder, a woman who has thrown her past away and kept it a secret from her daughters. Alternating between the past and the present, and between Pearl’s voice and the voice of her family members, both living and dead, we learn that secrets are like angry ghosts: they don’t just haunt you, they haunt everyone you love.

Award-winning author Sharon Butala will be reading from her first book since Globe & Mail bestseller The Girl in Saskatoon was published in 2008. Wild Rose, which was featured on CBC’s Fall Reading List, is an epic, historical novel about a West now long gone, that charts Sophie Hippolyte’s journey from underloved child in religion-bound rural Quebec, to headstrong young woman to exhausted homesteader to deserted bride and mother to independent businesswoman finding her way in a hostile, if beautiful landscape.

Masham Means Evening is a poetry collection that takes the reader inside army camps, convoys, schools, markets, and villages, charting a young female soldier's tour through Canada's war in Afghanistan. Based on Kanina Dawson’s own experiences while deployed as a serving member of the Canadian military in Afghanistan, Masham Means Evening recreates the ordinary soldiers and medics, the weary village leaders, the school principals fearing acid attacks on their female students, the "dangerous men" hidden behind a mask of hospitality – a microcosm of those whose fortunes have thrust them into the path of an endlessly complex conflict. These poems are a thin membrane barely containing both fury and grim fatalism at the new cruelties each day brings. It is an extraordinary debut collection rich in the images of a daily life forged from extreme circumstances.

In her first published book, Kim McCullough explores the friendship between Claire and her Metis friend Jeff in this powerful coming-of-age novel. In Clearwater, Claire and Jeff are both struggling to overcome loss and dislocation, to restart their emotional growth and reconnect with the central people in their lives – including each other. Kim lives in Calgary and has lead various writing workshops for students of all ages including a writing class for women in recovery.

Before she was longlisted for the Giller Prize in 2015, Connie Gault was already making a splash in the literary scene with her first novel, Euphoria, which won the Saskatchewan Book Award for Fiction and was shortlisted for the High Plains Fiction Award and the Commonwealth Prize for Best Book of Canada and the Caribbean. Euphoria tells the story of Gladdie McConnell and her mysterious connection to Orillia Cooper – as they travel between eastern and western Canada, from Toronto in the 1890s to the Regina Cyclone in 1912. This beguiling novel, with its quiet intelligence, wit and comedy of errors, is about the stories we want to believe in, and more importantly, about the value that may exist in wishes that don't come true.

Street Symphony is the latest collection of short stories from the prolific, award-winning Rachel Wyatt, who is the author of numerous novels, short fiction, stage and radio plays and non-fiction works, as well as a recipient of the Order of Canada and the Queen’s Jubilee Medal. In Street Symphony, a woman carries a placard bearing the question “Are you content to be nothing?” as she conducts her way through the interconnected stories of this thought-provoking collection. These are the songs of people – many of them seniors – sidelined and dismissed, but refusing to go gently into that good night.

This testament to the tenacity of the human spirit, which won a J.I. Segal Award, is the seldom-told story of people who travelled from depression-era Winnipeg to a hoped-for better life in the "stable" Soviet Union. The Knife Sharpener's Bell, by critically acclaimed author Rhea Tregebov, is the story of Annette Gershon, who tried to stop a train, but finds herself on the runaway train of historical events. It is a story about loyalty and betrayal, heroism and fear. What is most memorable about it is the empathy we feel for these characters, who must make their way through some of the twentieth century's most tumultuous events.

Sweet Life is a first collection of short fictions by Linda Biasotto, which not only entertain, but dramatize in alarming clarity, the issues of lives on the edge. The characters, which range from preschool to elderly, live anywhere from Vancouver Island to northern Italy. Children struggle with family problems; lonely women make determined but not always wise decisions about love; men and women struggle against the twin enemies of grief and trauma. Despite these fraught circumstances, Sweet Life also uses humour to infuse these stories with compassion, lighting the way to warmth and tenderness.

Thanks a million to MacKenzie Hamon at Coteau Books for the fabulous work she did on this post. 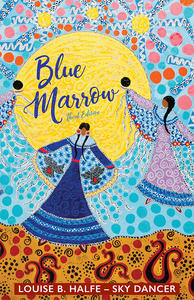