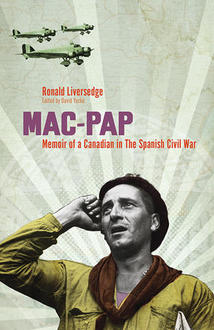 Today we remember and commemorate Canada's armed forces who have fallen in combat, whose legacy continues in the written word and the hearts of all Canadians, with a list of reads written by and about Canadian soldiers and veterans: 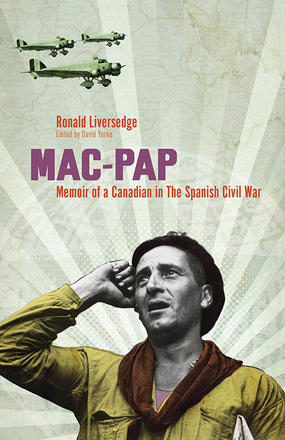 Ron Liversedge could hardly wait for the call from the International Brigades. A veteran of the Great War, Canada's Great Depression, and scores of battles for social justice, he wanted to get to Spain to fight against Franco's attack on the young Spanish republic. The call came on May Day. Liversedge left Vancouver, to a ship spiriting his fellow fighters to Europe, to an immediate brush with death when he is torpedoed by a fascist submarine, to rudimentary training of the international volunteers in Spain.

Liversedge's memoir of those two years, written in the 1960's, is a riveting, soldier's–eye account of life and death at the front, of the fascinating panoply of characters drawn to the Spanish struggle, and of the reasons that drove thousands of Canadians to volunteer.

After almost half a century, Ronald Liversedge's illuminating account, richly annotated and illustrated, appears for the first time. 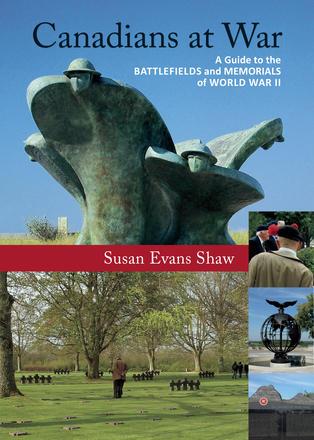 Dieppe. The Battle of Hong Kong. The Mora River Campaign. The Invasion of Normandy. The Siege of Dunkirk. The constant gunfire, the whistle of bombs, the hiss of gas, the cold, the wet, the fear, the loneliness, and the anguish of losing friends and colleagues.

Outside of the military, no one can quite imagine how the soldiers endured all of this. But endure they did. Canadians fought on several fronts during World War II, proving the mettle of soldiers, airmen, and their commanders. Canadians at War Vol. 2: A Guide to the Battlefields and Memorials of World War II, a follow-up to Susan Evans Shaw's guidebook to the battlefields and memorials of World War I, takes its readers on a tour of the places where the Canadians fought, and died — the battlefields, memorials, and cemeteries scattered throughout Europe and the Far East. 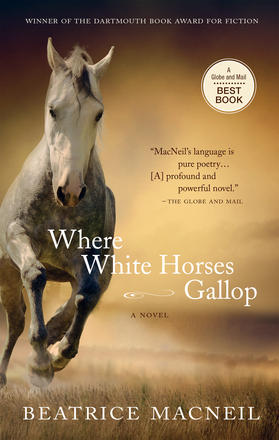 From award-winning author Beatrice MacNeil comes the acclaimed story of those who were sent into battle — and those who were left at home. In 1941, three young men enlist in the legendary Cape Breton Highlanders and sail off to war, leaving their families to wait and wonder at home in Beinn Barra, Nova Scotia. Fisherman Hector MacDonald, gifted musician Benny Doucet, and hopeful medical student Calum MacPherson are all eager for the excitement of life in the famous regiment, but on the homefront, they leave behind only the anxiety and pain of their loved ones. Heart-wrenchingly told in smart, lyrical, evocative prose, Where White Horses Gallop is a novel that strikes at the heart of war in its glory, and in all its stark legacy.

How I Won the War for the Allies: One Sassy Canadian's Story by Doris Gregory 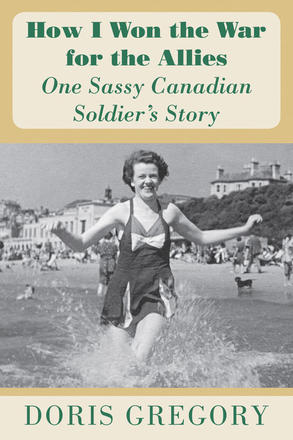 Still sassy, Doris Gregory takes the reader back over seventy years to the time when she broke with tradition, first by publicly challenging the University of British Columbia’s discrimination against women, and then by joining the Canadian Women’s Army Corps. Her memoir allows us to travel with her across the Atlantic at the height of the U-boat infestation and to take refuge in underground shelters while bombs fall on London. Gregory shows the everyday mundane activities of office life, working under some less-than-brilliant supervisors. Gregory's soldier life is one of small adventures: cycling along traffic-free roads through southern England, the midlands and Scottish lowlands, hopping on the ferry to Ulster, slipping into neutral, forbidden Éire, and looking into the gun barrel of an angry German sentry. Although at times the war weighs heavily upon her, the author’s optimism, enthusiasm and sense of humour permeate this memoir, full of laughter and surprises.

May 25, 2016
Quoted: Remembering Through Reading