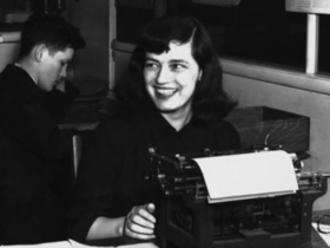 Gallant's was not a conventional feminism by our standards of the term, even when we adjust our expectations for the context of her midcentury tableaus. She was critical of the economic-psychological transactions bound up in romantic relationships, and especially of their tendency to strip women of their individual selfhood—or, more accurately, to fix them in a state of necessary dependency. But she also recognized, with compassionate resignation, that this was the order of the day. Not all women—maybe none at all—were so fortunate as to be able to choose a life for themselves.

In “The Chosen Husband,” first published in The New Yorker in April 1985, Mavis Gallant writes of her invented Montreal matriarch, Mme. Carette: “She was barely forty-five, but a long widowhood strictly observed had kept her childish, not youthful.”

It's a sentence that typifies what the author Claire Messud would later say of Gallant's fiction, that her stories bore the capacity to “expand like accordions, containing within them entire lives.” The sentence is a biography in 16 words, a stunted life frozen in amber. It also encapsulates a view of marriage urgently implied throughout so much of Gallant's work. That marriage, like the act of physical relocation, is for women its own form of exile, divorced from the pursuit of true—if solitary—selfhood that the author would idealize in both work and life. 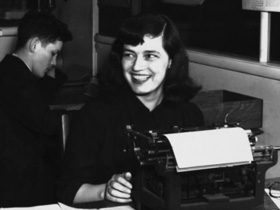 The author herself had married reasonably young and divorced not long after. The union had ended by the time Gallant was 25; her husband had been a Winnipeg musician and serviceman who had been away during the wartime years that comprised the greater portion of their five-year marriage. Before long, Gallant would be as well. Three years after the divorce, she abandoned her post as a reporter for the Montreal Standard and set off for Spain, eventually landing in Paris. It was there that she would remain for the rest of her 91 years, a Canadian expatriate composing largely for American readers of The New Yorker—with 114 short stories printed in the venerated magazine, only John Cheever would exceed her in number. Despite this, Gallant saw herself as a quintessentially Canadian writer. Exile, whether by virtue of geographic displacement (as in her Paris stories), cultural incongruity (as in many of her stories set in Montreal), or being a woman unmoored by romantic partnership (throughout), formed the spine of her catalogue, its various incarnations like vertebrae.

Gallant's was not a conventional feminism by our standards of the term, even when we adjust our expectations for the context of her midcentury tableaus. She was critical of the economic-psychological transactions bound up in romantic relationships, and especially of their tendency to strip women of their individual selfhood—or, more accurately, to fix them in a state of necessary dependency. But she also recognized, with compassionate resignation, that this was the order of the day. Not all women—maybe none at all—were so fortunate as to be able to choose a life for themselves.

Such is Marie Carette, the married-off bride in “The Chosen Husband.” She is so innocent as to be afraid of the dark, oblivious at 20 to the technicalities of sex, incapable even of a dirty dream: “All that kept the dream from sliding into blasphemy and abomination was Marie's entire unacquaintance, awake or asleep, with what could happen next.” It's unclear as to whether or not this ignorance disadvantages her, practically speaking. What is clear is that it's a pity.

The unwieldy Pandora's Box that sexual awakening implies is examined in Gallant's work through the prism of Catholicism or other unspecified, but unyielding, social mores. But this, of course, is a topic that multitudes of other writers have engaged with since the dawn of the codex. Tamara Faith Berger's 2012 novel, Maidenhead, comes to mind as one of its more original recent treatments. It sees its 16-year-old narrator, Myra, entranced by a middle-aged Tanzanian musician on a family vacation to the Florida Keys. He and his female companion follow Myra home to Toronto where they enter into a sadomasochistic sexual relationship, which becomes the fulcrum of a bonafide adolescent meltdown. At the same time, she falls in with a group of intellectual anarchist-stoners, which leads to a mortifyingly ill-advised high school essay about sex slaves that quotes from Agamben and Bataille. A Google search on Hegel's master-slave dialectic falls into the equation.

“Modern-day slavery is different from slavery in the past,” Myra explains in a puff of pot smoke. “Slavery, I proposed, needs to be re-thought from the contradictory knowledge and expression of shame.” 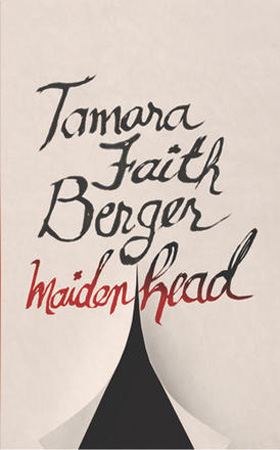 While the power dynamics implicit in sexual awakening—in sex, itself—are, as in Maidenhead, hinted at in Gallant's work, Gallant's more concerned with what happens when those dynamics become concretized either in fleeting love or ambivalent marriage.. The most knowing of her female protagonists seem in on the threat, making note of others' unwitting self-immolation with a sort of resigned understanding.

“If Uncle Gildas had been at Berthe's mercy, she would have held his head underwater,” ends “The Chosen Husband,” as Berthe Carette watches her naive younger sister head off into the future with the vain (but sufficiently Catholic) suitor arranged for her by an elderly priest-uncle. Berthe knows that the life her sister has in store will be unremarkable and even unhappy, but at least there exists some potential promise of economic security. This was the best that most women in their position can hope for. The passage concludes: “Then she thought, Why blame him? She and Marie were Montreal girls, not trained to accompany heroes, or to hold out for dreams, but just to be patient.”

Opting for fleeting romance and career over matrimony (if there'd been a 1930s Quebecois slang stand-in for “YOLO,” that'd likely have been deployed), Berthe is pushing spinsterhood at 24. Her dependent mother, Mme. Carette, encourages Berthe to delay settling down until after her own death; in widowhood, the guardian of her dependency has only been transferred. This is the lot in a Montreal girl's life. (The four stories that follow the Carettes will see that Berthe remains unmarried and independent.)

Gallant, once a Montreal girl herself, was up-front about the autobiographical undercurrents throughout her work.

In a 1999 interview with The Paris Review, she would explain:

My father died when I was a child; my mother rather later. My mother married again as soon as my father died and she didn’t have much to do with me after that. She went off to another life. That happens, you know. I still have feelings about it.

She then admitted that the mother depicted in her story, “The Wedding Ring” (1969), was largely influenced by her own mother. Even more than largely; “that is absolutely my mother,” she'd said. In that particular story, the narrator's beautiful and aloof mother takes a young lover during a summertime cottage visit while her husband works in Montreal. The affair invigorates her, and renders her selfish and vain. In a moment of operatic flourish, she flings her wedding ring into a field. Later, when the affair has ended and routine must be restored, she can't find it.

After Gallant's death in early 2014, The New Yorker published a short tribute that excerpted from Gallant's 1960 diary a conversation she'd had with a friend. The words quoted hadn't been the author's own; she recorded them, it seems, as a means of internalizing their meaning.

“You haven’t a man—that is, you haven’t a man to betray you, to cheat you, and to take all your money. Install yourself in your new apartment, have all the adventure you like, but never allow any man to spend more than two evenings consecutively there.” I kept saying, “But what is to become of me?” “Nothing. You are a writer. Why do you want to be anything else? . . . Why do you want to be anything but Mavis?”

Kelli Korducki lives in Toronto and writes about books, culture, and miscellany for Quill and Quire, Hazlitt, The Hairpin, The Walrus, and other publications in print and online. 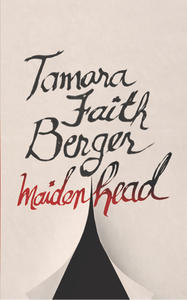 February 15, 2018 by Fiona Tinwei Lam and Jane Silcott
Love in the Time of Reckoning