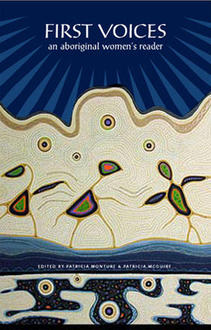 Stories are an integral part of who we are as peoples. For First Nations people, traditional storytelling was mostly based on the spoken word. For generations, children learned about their culture and their history through stories their elders told them. It was also used as a tool for entertainment. People of all ages gathered around a storyteller to hear funny stories – ancient tales that also served as important lessons. First Nations people also used other methods to record their stories, such as rock paintings, birchbark scrolls, and wampum belts and carvings; but the foundation was always the oral narrative.

“The truth about stories is that that’s all we are.”

Stories are an integral part of who we are as peoples. For First Nations people, traditional storytelling was mostly based on the spoken word. For generations, children learned about their culture and their history through stories their elders told them. It was also used as a tool for entertainment. People of all ages gathered around a storyteller to hear funny stories — ancient tales that also served as important lessons. First Nations people also used other methods to record their stories, such as rock paintings, birchbark scrolls, and wampum belts and carvings, but the foundation was always the oral narrative.

This all changed in the generations after contact with European settlers because Aboriginal people were forced to abandon their languages, and subsequently, their traditional stories. This had a huge impact on many First Nations peoples because instead of looking to their Elders to learn, books became the way to learn. I have nothing against books — in fact, I love them — but books and how we learn from books is definitely different from how Aboriginal people used to learn — from their families, communities and people.

Diversity in Aboriginal literature is important. With that being said, when looking at the diversity in Aboriginal literature, no Indigenous person is alike, and therefore their experiences are all different from each other. It is the difference between these individuals and how stories are told that gives an individual an understanding of the diversity of experience and perspectives in communities, historically, as well as today.

Take for example the work of Lee Maracle, of Salish and Cree ancestry and a member of the Sto:lo First Nation. She is one of the first Aboriginal writers in Canada to publish fiction and she is considered the grandmother of Aboriginal literature, especially after her groundbreaking work in Bobby Lee: Indian Rebel and I Am Woman. Of course, she has written many other books; I highlight I Am Woman, because I feel it speaks volumes to how words are put to personal struggle, and how it is conveyed through the written word.

I Am Woman is a pivotal piece of literature because it not only represents the story of Maracle’s personal struggle with womanhood, culture, traditional spiritual beliefs, and political sovereignty but it is also written during a time when that struggle was not over, or being spoken of. She has paved the way for many Aboriginal writers when it comes to speaking their truths, and has said “So my stories, I think, allow people to see us in a myriad of circumstances and once people see us differently they might hear us differently as well.” ( Red Wire Mag)

Maria Campbell is another trailblazer in the Aboriginal literary field. She is a feminist, an activist, a visionary, an artist, a mother, a grandmother, and an Elder who wrote the book Half Breed. Half Breed is a book that “is not merely an autobiography. It is an important history — a counter-narrative to the “official histories of the Metis people in Canada, generally written by non-Metis people.” ( Maria Campbell: Essays on Her Works)

“It is a powerful account of the way in which history has managed to silence certain groups of individuals, rewrite itself to exclude, marginalize those who were already made marginal, excluded, and often poor as a result of the forces of history, colonialism and racism.”

In writing about stories, LeAnne Howe (Choctaw) notes, “Native stories are power. They create people. They author tribes. America is a tribal creation story, a tribalography”. She explains in her book Choctalking on other Realities that tribalography is “Native stories, no matter what form they take (novel, poem, drama, memoir, film history) seem to pull all the elements together of the storyteller’s tribe, meaning the people, the land, multiple characters and all their manifestations and revelations, and connect these in past, present and future milieu. (Present and future milieu means a world that includes non-Indians).”

This brings me to what I read by a former professor regarding the importance of Indigenous Literature. According to Daniel Heath Justice, Chair of the First Nations Studies Program and an Associate Professor at the University of British Columbia: “There’s a lot of good work by ethical and thoughtful individuals in the archive of writing about Indigenous peoples, but there’s also a great deal of bad work by non-Indigenous writers with a vested interest in either Indigenous deficiency or diminishment, often with the assumption (or outright assertion) that all Indigenous peoples are the same in some set of essential values, perspectives or characteristics.”

He continues on, “Indigenous writing—by Indigenous peoples, with self-determined concerns, ideas, and priorities at the center—offers an important corrective to these reductive ideas. There’s as much diversity and disagreement in Indigenous communities as in any other groups; there’s never one single voice or perspective that speaks for all, no single way of being that captures the complexity of experience.” 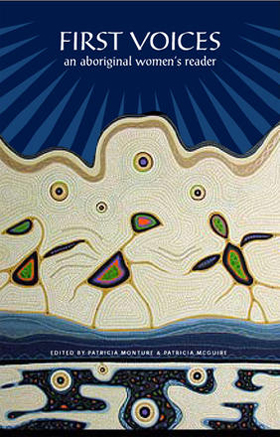 There are many examples of beauty in Indigenous Literature but one poetry piece distinctly stands out to me, and can speak to the diverse experiences of Aboriginal people. “I Lost My Talk” by Rita Joe, found in the book First Voices: An Aboriginal Women’s Reader (Inanna Press) is an example of the beauty in Indigenous Literature, and is a great example in this case because it serves as a multidimensional tool. It speaks of language, culture, and a way of being that no one can take away from her as an individual. It says that though her talk was taken away, she has found her voice within writing and that this voice can teach others.

Indigenous Literature can also be about empowerment because it reflects back an image of us. Heath Justice writes: “To see ourselves as complex and richly textured people—individually and collectively—is to see ourselves beyond the narrow and pathologizing limits of the settler imaginary, where Indigenousness is generally a ‘problem’ to be ignored, dealt with, or fixed, until commodifying modernity triumphs and Indigenous peoples vanish. Our family stories speak to our complexity and continuing presence, as do our community stories: literature can be an extension of those relational understanding.” [sic]

This brings to mind the work of Taiaiake Alfred and his book Peace, Power, Righteousness: An Indigenous Manifesto, and how his work affirms strength, power and a storied significance. His manifesto calls for the Indigenous peoples of North America to move beyond their 500 year-old history of pain, loss and colonization, and move forward to the reality of self-determination. His account of the history and future of the Indigenous peoples of North America is not only bold but also a critique and reflection on the traumas of colonization that have shaped Indigenous existence. 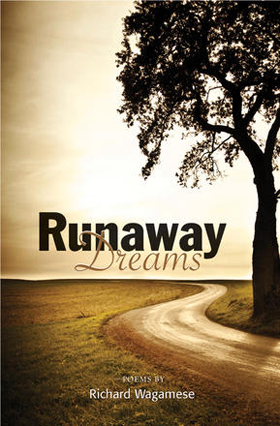 Lastly, the work of Richard Wagamese in Runaway Dreams speaks to legacy. Indigenous literatures are not simply a contemporary phenomenon. Indigenous people have always been expressing their dreams, fears, visions, and ceremonial practices; it has just changed to the written word.

Wagamese has developed an impressive reputation for his many novels and non-fiction works, and in Runaway Dreams his poems show a wide spiritual breadth:

I became an Indian after that

In closing, stories are an integral part of who we are as peoples. Writing offers us another way of continuing on, leaving a mark that affirms our place in history, surroundings, and time. Indigenous literature, though diverse as it is, needs to be recognized for what it is; not put to the side as a special category. Unlike what is often perpetuated in the myths and stereotypes made up by non-Indigenous people, we are here and we are not going away.

Ceremony has been reproduced here with the permission of the publisher, Ronsdale Press.

The Humdrum Magical: On Accessible Formats in Publishing

March 25, 2020 by Amanda Leduc
Short Story Month: Outside People and Other Stories by Mariam Pirbhai