Today, Bryan Ibeas of Cormorant Books and Found Press selects his five top short story collections, for the giftee to whom brevity is the soul of lit.

Today, Bryan Ibeas of Cormorant Books and Found Press selects his five top short story collections, for the giftee to whom brevity is the soul of lit. 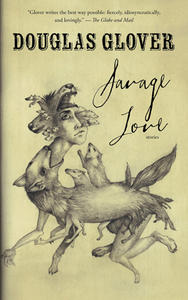 When people write about Douglas Glover, descriptors like “virtuouso” and “craftsman” are thrown about, which are totally fair and absolutely true. As you read the stories in his latest collection, Savage Love, you can’t help but be aware of the juggling act required to keep the many storylines from imploding, or worse, careening into each other.

But as gifted a craftsman as he is, it accounts for only half of his sorcery. The intricacies of his narrative frameworks are, more often than not, engulfed by the energy of the characters, by the audacity of the events that cascade through their lives, by Glover’s sheer joy in telling tales.

It’s his ability to not just craft fine things, but to give those things the ability to take on chaotically beautiful lives of their own, that sets Douglas Glover apart. He does with language what master puppeteers do with felt. No surprise, then, that Savage Love was mentioned on multiple best of lists for 2013.

Cynthia Flood is a stylist, in the best sense of the word. She has honed her prose in so specific a manner, you'd be hard pressed to mistake it for anyone else's. Flood writes as if in Morse code: deceptively simple, spare, all starts and stops, initially impenetrable until you realize that half or more of the meaning is in what is unsaid but implied. She has mastered the paradoxical art of disrupting language in such a way as to convey what language normally fails to.
While it's true that many of the characters in Red Girl Rat Boy wrestle with anxiety, alienation, and doubt, the shades of their experiences lie all over the spectrum – usually in the unnameable in-betweens. That Flood can write just as believably from the point of view of a young oppressed housewife (“Addresses”) as she can from that of a fugitive clouded leopard (“The Hunter”) - and with barely a change in gear - is a testament to just how powerful and versatile her style is. 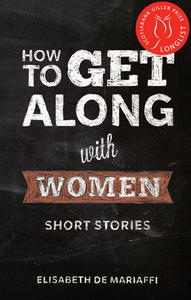 There's already been so much praise about Elisabeth de Mariaffi's Scotiabank Giller Prize-longlisted debut, all of it deserved, but a little more from the gallery can't hurt.
The way I read it, How to Get Along With Women is about boundaries being pushed. I'm still debating whether that theme was consciously selected to help tie the collection together, or if it's evidence of a more fundamental energy that permeates de Mariaffi's writing. Either way, the collection hits its loftiest peaks when characters decide to confront the constraints placed upon them - exemplified by a personal favourite, “Everything Under Your Feet”, about a woman making a go of it in a tiny community next to a mountain, and decides to transform herself into a runner who can beat the mountain. When I first read the collection, the triumph and euphoria captured by that story was enough to inspire an attempt to take up running. It didn't last, but I like to think de Mariaffi's given me a taste of the freedom that awaits me should I try again.

One of the qualities I’ve come to appreciate more and more is optimism. Not the naïve, blinders-down optimism one might intuit from the title of Heather Birrell’s latest collection – but rather, the sort of optimism that takes note of the horrors of the world, both abroad and intimate, but does not use their existence to justify or excuse unkindness. It’s an optimism some might mistake for “guarded”; I prefer to think of it as “weathered”, exposed to the elements and made indestructible because of it.

It’s the weathered optimism of Mad Hope that has given it a place in my shrivelled peach pit of a heart. The collection’s protagonists are engulfed by childhood horrors, wartime atrocities, internet drama, and chronic illness – not in a sadistic manner, mind you, but as a matter of course, the price for life on Earth; and, just as matter-of-factly, they endure. As one character asserts, in a hospital waiting room: “I’ve got mad hope.” 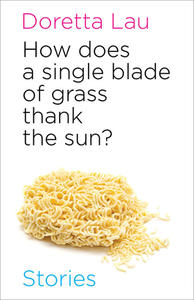 How Does a Single Blade of Grass Thank the Sun?
by Doretta Lau (Nightwood Editions)

The most delightful thing about a short story collection is the way the different stories interact with each other in ways other than through common characters, themes, etc. The very best, I find, are organized with an emotional through-line in mind. Doretta Lau’s debut, for example, begins with stories about people facing crises in identity, purpose, place. Some play out in fantastical ways – one character begins to date dead men, because she finds living ones slim pickings – while others are a bit more down to earth, but still open to the possibility of something more. Lau handles this sense of yearning in an interesting way: her characters don’t take any of life’s offerings for granted, ironically (and often wryly) highlighting how scant they often are.

The disappointment, confusion, alienation, and angst build up as you move through the collection – until you get to the final, eponymous story, in which a troop of teenaged Chinese-Canadian gangster-wannabes erupt in a refreshing, offensive, and completely earnest blaze of self-declaration. It’s a glorious thing, made all the more powerful by the stories that come before it.

Bryan Ibeas is the Marketing Coordinator and Acquisitions Editor of Cormorant Books, an independent Canadian-owned literary press, as well as Publisher of Found Press, a hybrid online literary journal/ebook micropress. 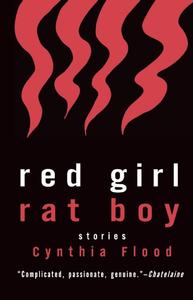 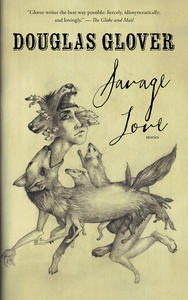 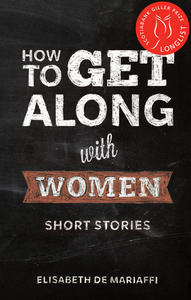 How to Get Along with Women 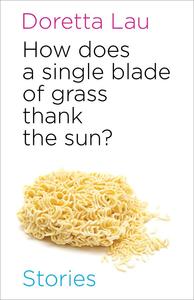 How Does A Single Blade of Grass Thank the Sun?

December 19, 2014 by Steph VanderMeulen
Full of Lit: The Return of a Master: Douglas Glover's Savage Love

May 22, 2014
Celebrate Short Story Month with an Anthology of Canadian Short Stories from the LPG