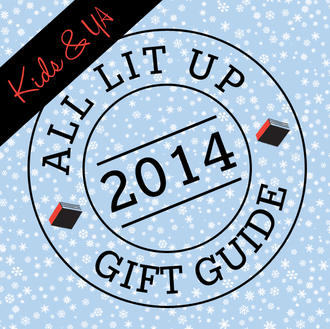 Kids and teens are arguably the most invested in gift-getting: Catherine Egan is here today to make sure you hedge your bets on one of these seven excellent picks.

Stumped on what to buy for your lit-finicky family and friends this season? We're featuring hand-picked selections for your giftees (or yourself, lest we ourselves be judged) all week, from experts in   poetry,  short stories,  mysteries, YA/kids, and fiction.

Kids and teens are arguably the most invested in gift-getting: Catherine Egan is here today to make sure you hedge your bets on one of these seven excellent picks. 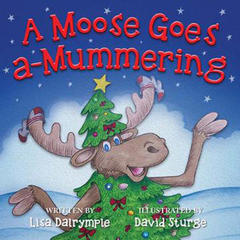 This is a charming picture book for Christmas. Chris Moose disguises himself as a tree for the twelve nights of Christmas and visits his friends, hoping to fool them. Each night, his friends can see who he is: “we all see who you be! You’re Chris Moose in a spruce tree!” Each night, the creatures he visits help to add to his costume – and come along the following night!

Small children will enjoy the lively rhymes and the increasing chaos with each turn of the page, as more animals join in the fun. Chris Moose is transformed, over twelve nights, into a Christmas tree – finally fooling his friends at a party at his house. If your kids know The Twelve Days of Christmas song, they will enjoy this one all the more. Mine had never heard of mummering (a Newfoundland house-visiting tradition around Christmastime), but of course they want to try it this year!

This one is about twenty years old, but feels like a classic. It’s a book of animal fables reminiscent of Kipling’s Just So stories – why the ostrich can’t fly, why the jackdaw and bullfrog make the sounds they do, why the magpie steals shiny objects, and so on. The rabbit is a trickster in a few of the stories, using each time a false tale about a gnome who lives in the center of the earth, which by the third time had my children shouting in delight, “He’s tricking them again!” Each story is short and satisfying, with wonderful illustrations by Pamela Breeze Currie that also feel classic.

The stories are well-written and entertaining, and the explanations for why animals look and sound the way they do inspired my children to attempt some fable-making of their own. The comeuppances for a few conceited animals can seem a bit mean-spirited, which in our house led to some interesting conversations. Still, consider yourself warned if you or your kids don’t like that sort of thing. It makes for a nice read-aloud book for the over-three set, or early readers can read the stories by themselves.

This is a delightful fantasy set among the majestic forests and mountains of Canada’s west coast. A family game about magic on a road trip turns terrifyingly real when younger sister Maddy finds a ring on the ferry. Soon she and Josh are caught between a malevolent troll and a water spirit who is not as she first appears. Crossing into another world, they must learn to trust each other and their own instincts in order to protect the ring from those that would tear the veil between the magic and human worlds, and figure out how to get home again.

Maddy and Josh encounter magical otter people, giants and trolls, bears and avalanches, and make a breathtaking journey upriver into the Rocky Mountains and along a glacier in order to protect the ring. The story also contains subtle environmental themes (is it magic that humans poison, or the natural world?).

I am cheating a little bit here, pretending to recommend one book, but in fact I highly recommend all three in the series. Any child that reads the first book will want to follow the rest of Josh and Maddy’s adventures in Crow Boy and The Veil Weavers. 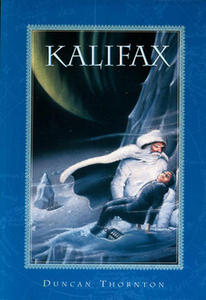 A swashbuckling fantasy adventure told in gorgeous, flawless prose, this book is a complete delight. My son was riveted by the dangers young Tom faced on his journey, while I was blown away by Duncan Thornton’s beautiful writing and his wild, glorious depiction of the frozen north.

Tom leaves behind his friends and family to travel through the north passage and into the unknown as cabin boy on the Volantix. When the ship gets trapped in the ice, the crew must contend with terrifying snow-goblins and ice-trolls as well as the elements and their isolation, and Tom risks everything in his belief that he can save his shipmates. Magic and legend blend seamlessly with brutally realistic depictions of the journey and survival in the far north.

This is an enthralling, beautiful, deeply satisfying book that I recommend reading wrapped in a blanket, wearing cozy slippers and sipping hot chocolate.

If This Is Freedom
by Gloria Ann Wesley (Roseway Publishing)
10+

A powerful, evocative historical novel, this book stayed with me and haunted me long after I’d finished it.

Sarah and her family came to Nova Scotia for the land and freedom promised to black Loyalists who fought in Revolutionary War. The land they were promised never materializes, and while they have papers declaring them free citizens, they are not free of the bigotry, second-class citizenship, and forced indentures awaiting them in the colonies. The novel opens with Sarah, in desperation, “stealing” a loaf of bread (read the book to find out why that’s in quotation marks!). The consequences for this act decimate her family and she struggles, not always successfully, to keep them together and make a life worth living against all the odds. While the novel stands alone, it is a sequel to Chasing Freedom, which tells the story of Sarah’s arrival in Birchtown after leaving the plantation in South Carolina.

Wesley writes about this time and place with such ease and confidence that the reader is instantly immersed in it. It is a wrenching story about hope and hopelessness, savage bigotry and forgiveness, finding joy in joyless circumstances, and the terrible injustices of the past whose tremors and echoes carry through to today.

Wendy Phillips’ novel in verse, Fishtailing, won the Governor General’s Literary Award for Children’s Literature in 2010, so obviously I am not alone in thinking it is brilliant. Told from multiple viewpoints, it offers a tightly plotted slice of darkness – the adolescent heart at work.

The disturbed new girl, Natalie, has a vicious game to play. “First day / at the new school / I can tell / it will be / like shooting / fish in a barrel,” she says. She chooses Tricia, desperate for a new self, a new way of being – Kyle, talented and in love, struggling with how to express himself – and Miguel, the fragile survivor of a massacre in an unnamed Central American village that killed his immediate family. She makes use of their passion and desperation – as well as her own – to bring about the explosion she craves.

A fast read in taut verse, this is not a story for the faint of heart. Reeling towards tragedy from the beginning, it is a story for teens who are still in the trenches and for adults who remember what it was like. 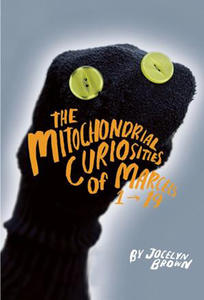 A YA novel about a precocious, socially awkward teenager who has lost a parent doesn’t sound like anything new, but I have never read anything quite like The Mitochondrial Curiosities of Marcels 1-19 and neither have you.

Dree’s father dies shortly before her fifteenth birthday, leaving behind a key that she believes is connected to an account in her name and the promise of freedom. All the clues point her towards an Alberta Psychiatric Hospital and a long-buried family secret.

While the book is cleverly plotted and gets non-annoying quirky points for integrating Dree’s craft ideas from her blog, what sets it apart are the vivid, witty characterizations and Dree’s voice. She is very, very funny, expressing pain, confusion and loss without self-pity. The experience of reading the book is akin to sitting next to a strange and brilliant fast-talker on the bus, who weaves her tale in a breathless rush with hilarious asides. Dree is a hopeful nihilist, if such a thing exists. I read this in one sitting and fell in love with her completely. This book is all there is of her, and I highly recommend it.

Catherine Egan writes young adult fantasy novels and her short fiction has been published in Canadian and US journals. Catherine is a world traveller who has lived in Canada, the UK, Japan, and China. She currently resides with her family in Princeton, NJ.

Mitochondrial Curiosities of Marcels 1 to 19, The 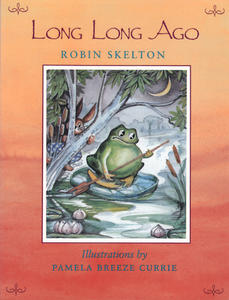