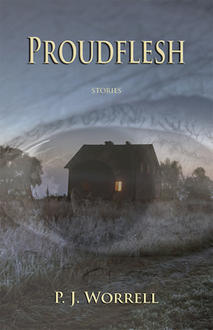 Get to Know Them First: P.J. Worrell and Proudflesh

Today we feature Proudflesh, a collection of short stories by P.J. Worrell. Her work has been called “feisty, gritty, funny, harrowing," and "a debut to celebrate."

Read on to get to know P.J. Worrell and her debut work.

Today we feature  Proudflesh, a collection of short stories by P.J. Worrell. Her work has been called “feisty, gritty, funny, harrowing," and "a debut to celebrate."

Read on to  get to know P.J. Worrell and her debut work.

P. J. Worrell has studied at St. Peter’s College (Muenster, SK), The Banff Centre, and The Munster Literature Centre (Cork, Ireland) with Sarah Selecky, Connie Gault, Jessica Grant, Seán Virgo, Lynda Monahan, and Michele Roberts as mentors. She has enjoyed modest success in the world of publication and contests. Worrell grew up on a SK farm, attended Sunday School, and has always tried to be a good girl. Social work practise in mental health and geriatrics have provided fodder for her stories. She has one foot in Swift Current, SK and the other in a cabin at a northern lake. 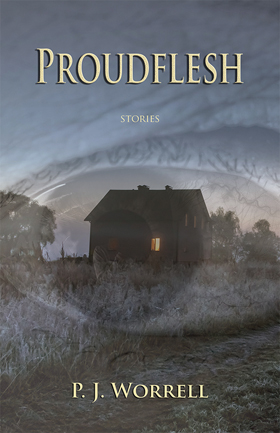 In these stories, readers will not find heartwarming sentimentality, but mature literary prose with surprising twists and indeterminate endings, and women of intense substance and spirit. P. J. Worrell understands girls who dream of being wives and mothers in safe cozy homes, then find out that trying hard to secure that life does not necessarily make it happen. Her work is imbued with the feminism that early literary pioneers like Margaret Laurence and Alice Munro introduced in their fiction. Worrell writes close to the bone. Her characters may not be heroically dashing or intrepid, but they stare death in the face without flinching and this is what makes Proudflesh such an important first book.

Tell us a little bit about the experience of writing your first book.

I was not aiming to write a book. I simply enrolled in a creative writing class out of interest, then another and another. I experienced modest success in the world of contests and submissions to literary journals. After seven years, my stories added up to the number of words expected by publishers for collections of short fiction. I call Proudflesh “my apprenticeship collection”. I feel very fortunate that Thistledown Press agreed to send my stories out into the world.

What are the first five three words that come to mind when you describe your book to someone?

Two stories actually. “Bliss” is about Simone, the ghost of a lady-of-the-night who lives in the Boulder Hot Springs Inn and Spa in Montana; my editor called it “a yarn”. “Take-Back” is a futuristic scenario in which First Nations people are granted a court order to trade their inadequate houses on the reserve for suburban houses in the neighbouring town. I agreed that the story was too socio-political for this book, too much of a rant.

What is the first book you remember reading?
Nurse Nancy. Nancy’s brothers refused to allow her to join in on their adventurous outdoor games, but when they got hurt, she was the pretend-nurse who put Band Aids on their cuts and scrapes and gave them candy pills. The book stirred early feminist disgruntlement in me. I had no desire to ever find myself in a support role like Nurse Nancy. I would be the protagonist in my own story. The other book I read at a young age was Old Yeller, which I can’t talk about because I’ve never fully recovered.

I was a 16-year-old cashier in the pharmacy of a Co-op department store. When a man handed me a small brown paper bag stapled closed by the pharmacist with a price scribbled on the outside, I proceeded to unstaple the bag and look inside to the embarrassment of both the customer and myself.

What was your first pet?
Cats, cats, and more cats. Barn cats, tabby cats, calico cats, cats in heat, battle-scarred Tomcats, cats with one ear frozen off, cats up telephone poles, cats down outhouse holes, litters under granaries, nests in the hayloft, cats shooed out of the house by my mother, cats flattened on the highway, missing and murdered cats. Fluffy and Puffy and Ruby and Mittens and Fergie and Blackie and Beulah – I loved them all.

Thistledown Press is a literary book publisher located in Saskatoon, Saskatchewan. Established in 1975, it has built its reputation on its commitment to quality and its willingness to embrace books as cultural artifacts in both content and form.
Thistledown publishes poetry and fiction for adults and young adults to a national and international audience. Although Thistledown’s policy has been to serve primarily as a platform for the literary arts of Saskatchewan, its list represents all regions of Canada.

Thistledown publishes both fresh voices and emerging writers to further enrich Canadian literary content and offer readers work that is different from the usual stacked bestseller lists. Without works by new writers, the industry would have little to draw on to keep itself from becoming stale. We continue to invest in these writers to fight reader boredom and content lethargy.

The initial cover concept was a mason jar and a trapped butterfly on a farmhouse window ledge, but we ended up going with the landscape in the eye. The point was to take the work and humanize and internalize it to a greater degree.

P.J. Worrell’s work was recommended to us by one of our acquisition editors in 2012, and the first completed manuscript was delivered to us in May 2013. 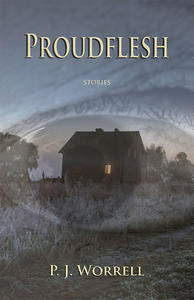