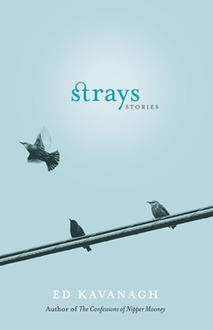 Short Story Month will soon be coming to an end but we've still got a few fantastic Full of Lit contributors to feature, including Ed Kavanagh. His new collection, Strays, was published by Creative Book Publishing and was recently nominated for the Writers' Alliance of Newfoundland and Labrador's Fiction Award. With comments like this from the judges, Strays definitely needs a place on your to-be-read pile: "Kavanagh's prose is beautiful and lucid without calling undue attention to itself; he writes with a clarity that lets character and setting shine through the words."

Short Story Month will soon be coming to an end but we’ve still got a few fantastic Full of Lit contributors to feature, including Ed Kavanagh. His new collection, Strays, is published by Creative Book Publishing and was recently nominated for the Writers’ Alliance of Newfoundland and Labrador’s Fiction Award. With comments like this from the judges, Strays definitely needs a place on your to-be-read pile: “… Kavanagh’s prose is beautiful and lucid without calling undue attention to itself; he writes with a clarity that lets character and setting shine through the words.”

Strays, Ed Kavanagh’s first work of fiction since the award-winning novel The Confessions of Nipper Mooney, features ten memorable stories that explore the lives of those who somehow find themselves adrift. In “The Strayaway Child” a ninety-year-old woman recalls her girlhood during the Great Depression when she was a “sad, silent little nobody”; in “The Red Merc” a boy learns deep truths about his often absent father; and in “The Wind,” included in Full of Lit, a Newfoundlander in a big Canadian city struggles with issues of identity.

We asked the author… Ed Kavanagh

Tell us what your collection is about in 140 characters or less.
Strays is essentially about people who, for whatever reason, find themselves adrift or on the outside.

Do you have a favourite story in your collection?
I like "The Strayaway Child." I came across the title when I was looking through some fiddle tunes. I have a lot of children’s voices in my book, so that, combined with “stray” being in the title, made me think that I should try to write a story called the "The Strayaway Child." It turned out to be almost a novella—and it all stemmed from the title.

Did you consciously decide to be a short story writer -- or did the format choose you?
I’ve tried all kinds of writing—novels, children’s stories, poetry. I just realized one day that I had accumulated almost enough stories for a book. About eight of them dealt with “strays,” so I decided to write a couple of more stories along the same line. About a year later the book Strays was finally born.

What makes short stories so different (besides the obvious) than other writing formats?
For me, stories are much like lyric poetry: you have to compress so much in such a short space. As a critic once said, stories are like the flare of a match as opposed to the slow burn of a candle. To ensure that the flare is suggestive and telling is quite difficult—for me, at least!

What would be the title of your memoir, if you were ever to write one?
I really have no idea. But because a lot of my creative energy goes into music as well as writing, I think I’d try for a title that spoke to both of those worlds.

Tell us why you like reading short stories and what struck you about this collection in particular.
I love short stories because of the quick “turnaround time,” and the fact that this challenge sharpens the skills of authors so beautifully. I find them intriguing, with a more direct focus than a novel, which makes for an occasional refreshing change for a read-aholic. This particular collection was chosen because of Ed Kavanagh’s remarkable talent of leaving me wishing the story hadn’t ended.

Starting out in 1983 as a small press publishing books primarily for the Newfoundland market, Creative Book Publishing has grown into one of the region's largest publishing houses, having three imprints with national award winning titles. Located in St. John's, Newfoundland, Creative publishes 10-14 new titles per year. The company has published more than 200 books since its inception, has more than 80 titles on its active list and maintains a reputable backlist.

Thank you to Ed and Pam for answering our questions! Get a taste of Strays by clicking below to purchase your copy of Full of Lit, our epub anthology celebrating Short Story Month 2014. Want to know who else is featured in Full of Lit? Get caught up here. 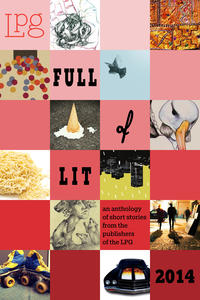