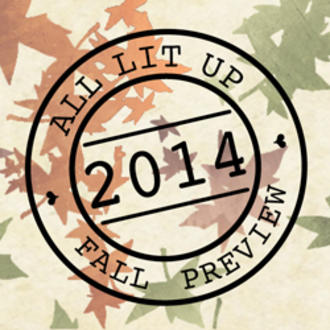 Talking about books as a book-lover, and contributing to the launch of All Lit Up as a bookseller? What could be better? Until of course I remembered that I am not a writer, and even worse, that I had to choose five books for the Fall Preview. Five is simply not enough! After hours of thought and internal debate I narrowed the list from twelve to seven. Extreme soul searching, nail biting and hair pulling led to my final selections from the many wonderful titles available through our friends at the Literary Press Group.

Talking about books as a book-lover, and contributing to the launch of All Lit Up as a bookseller, what could be better? Until of course I remembered that I am not a writer, and even worse, that I had to choose five books for the Fall Preview. Five is simply not enough! After hours of thought and internal debate I narrowed the list from twelve to seven. Extreme soul searching, nail biting and hair pulling led to my final selections from the many wonderful titles available through our friends at the Literary Press Group. 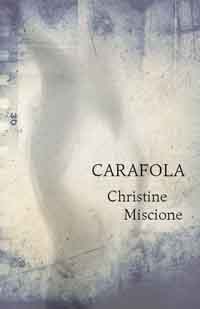 One of the titles that immediately peaked my interest was Carafola by Christine Miscione. Now I should start off by saying that we hosted Ms. Miscione in the store last fall when she was celebrating the release of her short story collection Auxiliary Skins and had an amazing evening. The reading was delightful, the audience was captivated and books were sold! So when I heard that we could expect her debut novel this fall I was immediately excited. The stories in Auxiliary Skin were beautifully done, even when focusing on subjects that have a tendency to instinctively make us feel uncomfortable. I expect much the same from Carafola, a novel that explores issues of mental illness and the consequences of a single decision. While I find it’s often tricky to convince people to pick up a book that will take them out of their comfort zone in the case of Carafola, I’m certain it will be worth it. 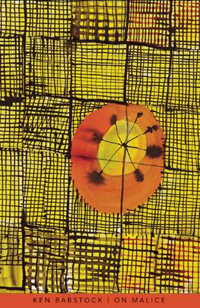 Speaking of a tricky sell, let’s veer into a section of the store that I personally find can be a bit challenging — poetry. Generally I hesitate to even make a recommendation, as poetry selections can be very subjective and most people tend to have distinct preferences. I would, however, like to mention a new book by Ken Babstock, On Malice, which is a collection of lyrical poetry. This could possibly be the most anticipated book of Canadian poetry of the year, as his last book Methodist Hatchet won the Griffin Poetry Prize in 2012. Previous works have also won the Trillium Award, been shortlisted for the Governor General’s Literary Award and named to the Globe & Mail’s Top 100 list. So I can confidently say that Mr. Babstock’s writing resonates with quite a few and his new collection will definitely be worth a read. I know that I will certainly be keeping an eye out for it. 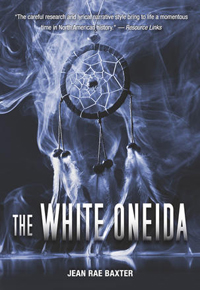 Also on my must-have list for fall is Jean Rae Baxter’s new book for young adults, The White Oneida. This is the fourth book in a historical fiction series set during the American Revolution. The White Oneida returns to the story of Broken Trail, a young boy that was born white but was kidnapped, adopted by the Oneida and has now been tasked with attending a Christian school for native youth in an effort to unite the tribes. Boys and girls alike have enjoyed the previous three books, which is something of an anomaly for young adult fiction — I’ve noticed that books in this category tend to be more heavily segmented by gender. Actually, as a side note, an excerpt from the first book in the series, The Way Lies North, was recently used in a workbook for the International Baccalaureate program for young readers. A high honour indeed! One that will help to introduce many to Jean Rae Baxter’s ability to bring history to life in an engaging and adventurous way. 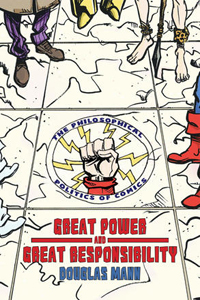 Now, as a bookseller I try to read a variety of titles from different sections of the store to stay on top of trends and help my customers make their selections. Although personally I tend to skew more towards fiction, looking at the non-fiction choices for fall leaves me very curious about Great Power and Great Responsibility: The Philosophical Politics of Comics by Douglas Mann. There are a couple of different reasons for this: number one, comic book culture is really exploding right now! With the growth of comic related movies, expos, and events the world of comics has been expanded to include a whole new generation and possibly even demographic. Many of these fans, myself included, are fascinated by the history and political and cultural implications that are developed within these stories. Secondly, this is going to be a great looking book with the cover designed by cartoonist and author Evan Munday. I know that’s an odd thing to mention, as we’ve all agreed never to judge a book by its cover, but having a great cover certainly doesn’t hurt! 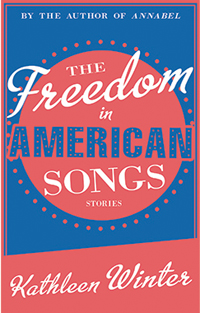 You know what else helps? Having one of your books shortlisted for the Scotiabank Giller Prize, the Governor General’s Award for Fiction, the Rogers Writers’ Trust Fiction Prize, and chosen for CBC’s Canada Reads! This was the case for Kathleen Winter’s debut novel Annabel and has many people eagerly awaiting her new collection of short stories, The Freedom in American Songs. Now, I don’t mean to sound flippant when mentioning the impact that award recognition has in the book world, for a novel to be so highly regarded is a big deal and well deserved— Annabel is a beautiful, moving book. As a result, there is a lot of buzz surrounding the release of The Freedom in American Songs and personally I cannot wait to devour every single story. I will admit to having taken a peek at the first couple of stories already, one of the perks of being a bookseller, and have found them to be quirky, captivating, humorous and absolutely brilliant.

I leave you with that and hope that I’ve managed to entice you to pick up at least one of the amazing new titles that will be released this fall! Optimistically, of course, I think you should read them all and, if you can, visit your local independent bookstore to chat about and purchase them. As I mentioned before, we love to talk books and always welcome a visit!

Jaime is a bookseller with Epic Books, a full service independent bookstore in Hamilton, Ontario.

Get caught up on our entire fall preview week: day one, day two, day three, and day four! 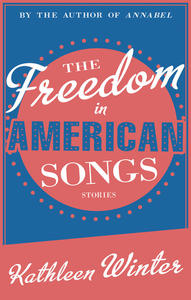 Freedom in American Songs, The 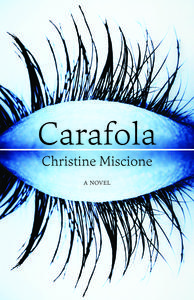 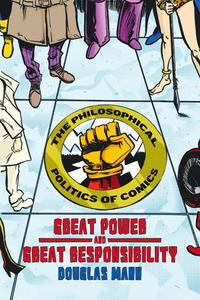 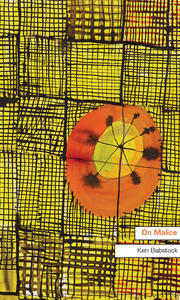 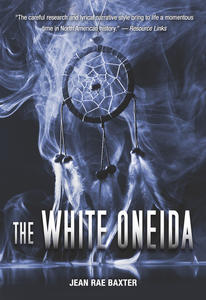