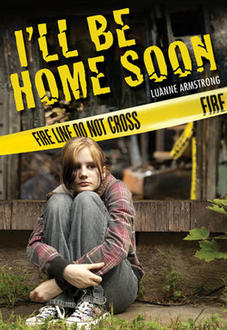 In some ways, such forms of children's literature are returning to their roots. Much of what has been, or is still thought of as “children’s literature” has been bound up in the mythical, in fairy tales, in stories involving a misty Middle Ages era full of faeries, werewolves, warriors, or ghosts. Children's literature sprang from “fairy tales”, from their deep (often dark) mythical roots, and it has really never strayed very far from them.

In publishing today, children's books, particularly books for young adults, are doing very well. But in the past few years, concern has been expressed in a few quarters that subjects in young adult literature have moved towards a darker, more adult view of the world. Lately children’s books, YA books in particular, have taken on sexuality, death, the apocalypse, zombies, and vampires as subjects.

In some ways, such forms of children's literature are returning to their roots. Much of what has been, or is still thought of as “children’s literature” has been bound up in the mythical, in fairy tales, in stories involving a misty Middle Ages era full of faeries, werewolves, warriors, or ghosts. Children's literature sprang from “fairy tales”, from their deep (often dark) mythical roots, and it has really never strayed very far from them.

And despite the argument that children's books shouldn't contain heavy-duty morality, these types of fantasy titles seem to also be moral fables of the most black and white sort. What is more of a moral allegory than Grimms’ Fairy Tales or Aesop's Fables?

In fact, the transition from fairy tales and myths to the notion of books set aside and written specifically for children is a fairly modern idea. The first true children's book library was actually created in New York in the late 1800s:

In 1896, Anne Carroll Moore was given the task of running... the Children’s Library of the Pratt Institute, in Brooklyn, built at a time when the Brooklyn schools had a policy that “children below the third grade do not read well enough to profit from the use of library books.

The cornerstone of the New York Public Library was laid in 1902, at Forty-second Street and Fifth Avenue. Four years later, after the library’s directors established a Department of Work with Children, they hired Moore to serve as its superintendent, a position in which she not only oversaw the children’s programs at all the branch libraries but also planned the Central Children’s Room. — New Yorker 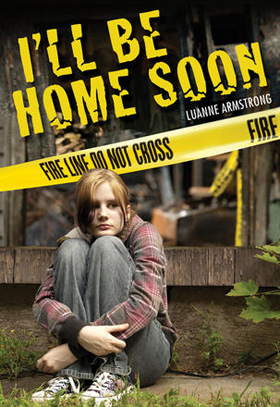 Sex and violence are of course the two most problematic areas. But there are lots of others. The boundaries of what is suitable reading for children are conflicted and shifting. Just how gloomy and apocalyptic can a kid's book be? Just how terrifying? Or how sunny? Everyone (mostly) seems to agree that kids literature shouldn't contain overt messages of morality and behaviour. But they all do contain more messages: some are just more explicit than others. Every time a character makes a decision for good or for bad, the plot sends a subtle message.

In fact, the plots of most kid's books are pretty simple—even the plots of the Harry Potter books, broken down, are straight forward mysteries with a with a lot of fantasy and wizardry thrown in to make it new and exciting.

The hugely successful Hunger Games trilogy, by Suzanne Collins, was an astonishing take on an old sci-fi dystopia trope of poor people being ground down by a central dictatorship. Like many dystopias, there is violence; but in this one, the kids are doing the violence. Kids killing other kids. And then in an interview, I read the most astonishing news of all, that the author, Suzanne Collins, who is notoriously media shy, has said that she hopes this trilogy of books will help people to reflect on the violence of war. “Collins is unapologetic about the moral message of her books. As she said to The Guardian: "I hope it does make people think about what they watch in a more reflective way."

My grandson, who first read The Hunger Games at ten, certainly didn't read it that way. More than anything else, after he read it, he wanted a bow and arrow of his own. He wanted to shoot something. He wasn't sure what. Since I have a farm, I pointed out gently that he could try, if he really wanted, to shoot a gopher or a squirrel. He thought perhaps he would wait. After a few walks around the farm, looking at real live squirrels and other possible targets, the bow and arrows languished in the closet.

As in adult books, children's books are about timeless issues of good and evil, love and hurt, breakage and renewal. Such plots happen is both small and large ways; what makes a children's book for children is not the largeness of the plot but the age of the hero and the way that child readers can identify with him or her. Even if the hero is a mouse, a cat, or a spider, the hero becomes mythical and larger than life. If the hero is someone from the future, from some apocalyptic dark and fantastical time in the history of what might be our world, then the hero can get away with a lot. He or she can be larger than life, endowed with powers that are more than human or even just slightly better than human, like Katniss Everdeen in The Hunger Games.

And according to Christopher John Farley, in the Wall Street Journal, maybe kids reading about adult issues in their books is also a good thing. As he says, “Novels can help provide kids with a moral architecture to house ideas about the world. If they are steered away from books that deal with issues they may face in school or on the playground, they may be denied the intellectual tools to deal with vexing problems.” 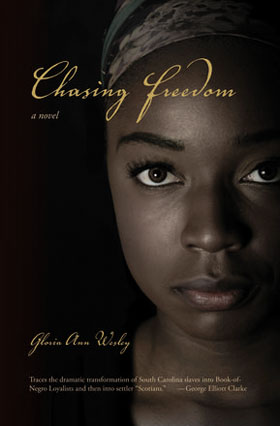 But younger readers seldom stick within the boundaries of reading what is prescribed. In fact, sometimes younger readers now lead the way in choosing books. When I was a young reader (and a young writer) I read everything. I read indiscriminately, which was, I think, a good thing. I read animal stories but I also read my dad's hunting magazines. I read strange tales of Nordic folk myths. Hunched up in my chilly room on rainy days, with a few apples to sustain me, I struggled through the massive thickness of an ancient version of the British Girl's Own Annual. I didn't understand much of what I read but that never slowed me down. I read whatever I was forbidden to read, of course. I went through a long stage of reading anything I could get my hands on. I read some pretty awful stuff. But I read it even when I didn't understand much.

I think the danger in children's literature today is the idea that somehow children's reading should then be confined to children's books. But of course, kids are much smarter than that and are somehow always far ahead of writers, teachers, and librarians in terms of taste and reading.

When it is time for me to write a new kid's book, I go to the library and get a stack of contemporary kids books and read my way through them. It helps to keep my kid's writing voice intact. It helps keep me up to date. It helps me remember my writing voice, the one that showed up intact the first time a publisher asked me to write a kid's book and I turned her down and then, to my surprise, when she really pushed me, I discovered I had a children's book writer inside me who was writing books I would have wanted to read when I was a kid.

Mostly my books begin with characters. Characters who show up in my head who are dealing with big difficult issues that they don't know how to deal with—a mother with psychiatric issues, or a mother who has disappeared altogether. Parents who are splitting up. A grandmother with a mysterious past. As long as the character is real to me, has a name and a voice, and hair and eyes, then I can help them deal with anything. Some issues are harder than others.

The character named Regan showed up and perched on top of my computer while I was in a writing retreat in the small and lovely town of Eastend, Saskastchewan. She was a real imp. She told me she had lost her mother. I tried to get rid of her but she insisted I write her story. It was difficult. For one thing, her mother really was lost. I couldn't find her. I didn't know where she was. And I was supposed to be writing an entirely different book. 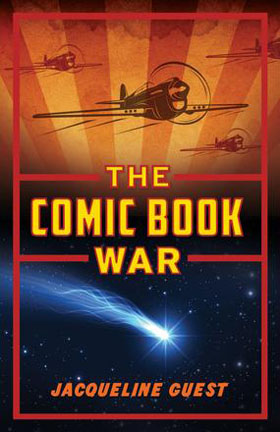 But writing always has lots of interesting twists and turns in it. Eventually Regan's mother showed up in the basement of a burning house that was owned by a drug gang. Fortunately, it also turned out that Regan had been taking kung fu lessons and could kick a door down when she needed to. It all should have ended happily right there but of course, nothing in life is so simple. Regan's mother had been traumatized and was deeply hurt, both physically and emotionally. Her therapist gave her sleeping pills and pain pills and the mom also found out that she was terrified to go outside.

So Regan was still pretty much on her own. But through the whole ordeal, she had learned self-reliance and she had made friends. She had support from her Sifu at kung fu and in some of the street people who had helped her. It was pretty clear by the end of the book that she was going to be fine.

In the books I write, and in the books I have always loved to read since I was a kid, ordinary kids struggle with extraordinary situations: a child has to grow up quickly and learn to face whatever difficulty is in front of them. I am not a big fan of superpowers or magic and I never have been. My characters deal with their conflicts as best they can, just as I do. They are often fearful, confused, and in emotional pain. But I believe in my characters and I try to give them the strength, intelligence, toughness, energy, quick-wittedness, and good luck they need to fight their way through whatever tough situation life has thrown at them, and to come out the other side feeling good about themselves and the world around them.

Kids in today's world meet all kinds of tough gritty situations that are not fantastical or mythical but immediate and demanding. Giving them books that reflect back to them a framework “architecture” for understanding of such issues is an important task for their literature today, perhaps in today's confusing and fast paced world, children's literature's most necessary task.

September 22, 2015
Where in Canada: The Disaster Strikes! Series