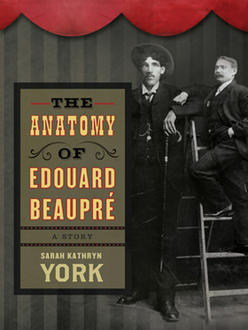 Was Annabel by Kathleen Winter your top contender for Canada Reads 2014? If you were drawn to the character of Wayne/Annabel and his/her struggle to be in charge of his/her own body then we have another book for you to read. The main character of The Anatomy of Edouard Beaupré by Sarah Kathryn York shares this feeling of being an outsider because of his body but, by contrast, Edouard is forced to be defined by his physical otherness in order to survive.

Was Annabel by Kathleen Winter your top contender for Canada Reads 2014? If you were drawn to the character of Wayne/Annabel and his/her struggle to be in charge of his/her own body then we have another book for you to read. The main character of The Anatomy of Edouard Beaupré by Sarah Kathryn York shares this feeling of being an outsider because of his body but, by contrast, Edouard is forced to be defined by his physical otherness in order to survive. 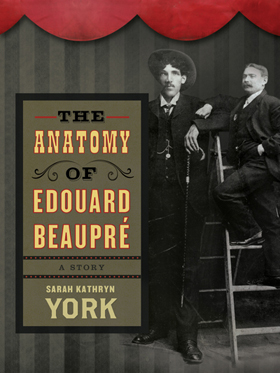 Winner of the High Plains Award for Best First Book

A Montreal doctor investigates the cadaver of Edouard Beaupré, the famous Willow Bunch Giant, trying to discover the mystery of why the preserved body is shrinking. His own physical limitations add an urgency to his research, as his body too is failing; a rare condition means it is gradually absorbing its own bones.

The giant’s body has been ravaged not only by the treatment it received immediately after Edouard’s death, being paraded in shop windows and in freak shows, but also by the attentions of Professor Louis-Napoléon Délorme, or ‘Doctor Death’. A professor who in 1907 bought the body for his experiments and classes, Délorme, ‘an enthusiast for deformities [who] had none of his own’, has disfigured the giant with his investigations – though these have provided the narrator with clinical files and diaries.

But the strictly clinical and physical isn’t enough, and the anatomist begins to reveal the story of the man through a series of events selected from his short life. Beginning with a sixteen-year-old’s dreams of being a cowboy, it follows Edouard’s seemingly inevitable move into strongman displays and freak sideshows, showing the uneasy mix of his need and desire for money with his self-dislike and weariness of being unable to escape his stature. The spectre of his physical weakness – caused, conversely, by his size and superhuman strength – is ever-present, as first his muscles and later, his lungs, begin to fail.

By the book’s close, the physical mystery is solved, a paper published, acclaim afforded, but the narrator understands he is perhaps farther than ever from understanding Edouard Beaupré’s true anatomy.

The Book as Object

The publisher felt it was important to draw attention to the physical nature of the book itself as an artifact. They wanted readers to wonder about the anatomy of the object in their hand, and for it to open up questions about the story: how the physical affects our perception, just as Edouard’s outward appearance affects other characters’ – and the narrator’s – perceptions of him. Edouard spends his life (and death) as a physical curiosity. The structure of the narrative also reflects this, divided into sections named for body parts. There is nothing in Edouard’s life that is not affected by his physical appearance – for him, it is inescapable. So they made the book containing his story a physical curiosity too, which in itself would have an impact on how the reader encounters him.

Interact with the book

What other people are saying about the book

"What is the relationship between the body and the life lived? And why are we simultaneously attracted to and repulsed by people who are exceptionally different from us? York raises these questions while encouraging the reader to imagine Edouard’s story from his own unique perspective. No small feat." -- Quill & Quire

"York’s writing is superb. Her writing style is both poetic and unadorned. While it is evocative it is not distracting as she humanizes Edouard." -- James Onukso, CanLit blogger

"York, above all, is a story teller. The historical points blend seamlessly with her imaginative character analysis. Beaupré is more than bones and flesh – he is a hapless hero worth his weight in empathy." -- Pages & Patches 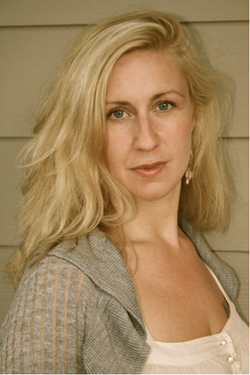 Sarah’s short fiction has appeared in Canadian and American literary journals, including the Danforth Review and the Pisgah Review. A graduate of the University of Toronto Creative Writing Master's Program, she holds an MA in English and is currently a PhD candidate at University of Waterloo. A former university instructor, she divides her time between the great north and the Blue Ridge mountains of North Carolina. Sarah is a native of Toronto and a dual citizen.
The Anatomy of Edouard Beaupré is her first published book.

We asked Sarah some questions about The Anatomy of Edouard Beaupré and she answered:

Tell us what your book is about in 140 characters or less.
A young man’s extraordinary body is seen by millions, but his true self is invisible. A doctor holds the key to his mysterious death, but begins to uncover his life.

(Why) does your book appeal to Canadians?
The Anatomy of Edouard Beaupré brings to life a fascinating and complex period in Canadian history, a time when Métis rebellions, French-Canadian migration, aboriginal assimilation, prairie settlement, cowboys and outlaws, circuses and sideshows, and the great buffalo slaughters converged. Mostly, it is a story of Edouard Beaupré, the celebrity “Willow Bunch Giant,” whose story of difference needs to be remembered and retold. His life is a lesson in honouring diversity and compassion – issues that are still central to Canadian identities and communities today.

How is this a story only you could tell?

There are other Canadian books, plays, songs, and short films about Edouard. He continues to evoke the imagination of readers, writers and listeners. I grew up in an eccentric family and community of social outcasts. My interest in Edouard Beaupré was not sparked by his physical size, so much as how he was – and still is — ‘reduced’ to his tallness. This is not only a story about Edouard the man, but also a story about us looking at a giant who is looking back at us.

What is your favourite line from your book?
I have a few fond passages, and here’s one: “Edouard looked up into the blackness and the swarm of stars. They seemed to go on without him, without the world even, washing through the sky like some great dark mouth had opened to swallow the stars whole. He realized in that moment he had outgrown a living. Outgrown ranching life. Outgrown horses. He no longer held a place among the things he loved and knew.”

What’s a question you wish wish someone would ask you about your book and answer it here.
Why not write the book as one sweeping tragic tale? The Anatomy of Edouard Beaupré is a series of stories rather than one complete narrative that ties up all the loose ends. No one really knows what it was like to be Edouard. All we have are fragments and perspectives, not one clear picture of his life. I wanted to recreate that experience for readers, to give them the pieces and let them decide for themselves. Our real lives are not plotted, so why ask that of historical figures?

Edouard’s story is heartbreaking. He struggled with pain, loneliness, exploitation and met an early death. But he also loved life, was devoted to his family, and gave selflessly to his community – there is much to celebrate about him. Tragedy is used over and over in narratives about “freaks,” as sad social victims whose suffering provides some moral example. Edouard was much more than that.

How did you come up with the first line(s) of the book?
The first line is about trying to illuminate the dead, which is both the speaker’s (a radiographer) and a writer’s concern. How do we shed light on others, and can that light penetrate some truth? It felt like a fitting way to open a book of biographical and historical fiction. There’s a responsibility that comes with humanizing strangers – especially after they’re gone. It’s far easier to understand people we’ve met or who come from our imagination. It’s a line I try to cross often in fiction.

Want to hear more from Sarah? Watch an interview with Sarah Kathryn York on Youtube and read an interview at Rabble.ca's online book club.

Coteau publishes and promotes examples of the best fiction, poetry, drama and young readers’ fiction written in Canada. Established in 1975, Coteau approaches its 40th birthday staying strong to its roots as a publishing co-operative, owned by a volunteer Board of Directors that includes several of the press’s original founders. We publish authors from across Canada, with some focus on Prairie writers, and we seek out and develop the work of first-time authors every year. Over the years, Coteau titles have been winners and finalists in countless award programs, including provincial young readers’ awards and three Governor General’s Awards.

Why Coteau loves The Anatomy of Edouard Beaupré

Because it was right on so many levels for Coteau:

- an historical figure from the prairies

- really excellent writing, using an unusual approach; in essence, stories that were linked almost to the point of being a novel

Why they think you should read The Anatomy of Edouard Beaupré 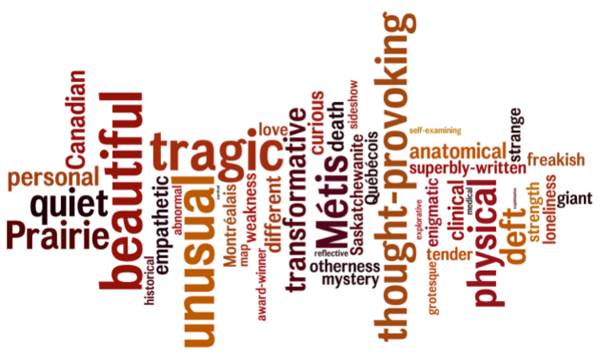 Thank you to Coteau Books and Sarah Kathryn York for enthusiastically participating in our Canada reads indie blog series. You can get caught up on our previous book recommendations here. Be sure to catch our final two books tomorrow and Friday!