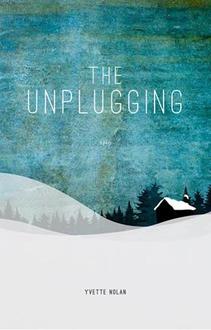 Sadly, The Year of the Flood by Margaret Atwood was the first book to be eliminated in this year's Canada Reads throwdown. If you loved the dystopian nature of The Year of the Flood but are interested in trying something a little different, The Unplugging, a play by Yvette Nolan, may just be your next read. We make the case for The Unplugging below.

Sadly, The Year of the Flood by Margaret Atwood was the first book to be eliminated in this year's Canada Reads throwdown. If you loved the dystopian nature of The Year of the Flood but are interested in trying something a little different, The Unplugging, a play by Yvette Nolan may just be your next read. We make the case for The Unplugging below. 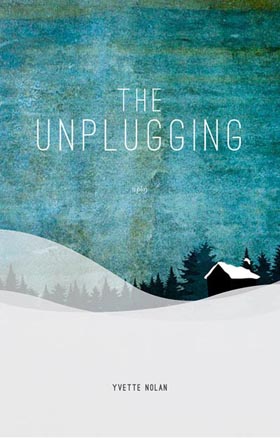 Winner of the Jessie Richardson Award for Outstanding Original Script

In a post-apocalyptic world, Bern and Elena are exiled from their village. Their crime? The two women are no longer of child-bearing age.

In an instant, electricity all over the world stops flowing, and humanity is left in the dark. Bern and Elena, exiled from their village for being too old to bear children, trudge across the desolate, post-apocalyptic ruin. Relying upon traditional wisdom for their survival, they retreat from the remains of civilization to a frozen wooded landscape where they attempt to carry on after the end of the world.

When a charismatic stranger from the village arrives seeking their aid, Bern and Elena must decide whether they will use their knowledge of the past to give the society that rejected them a chance at a future.

The production of The Unplugging premiered at the Arts Club Theatre at the Revue Stage, October 17, 2012.

What other people are saying about The Unplugging

“Simple and honest, The Unplugging gives hope to the playwright’s notion that society does indeed possess the ability to pull away from the brink and to care for both the earth and, more importantly, each other.” —Mark Robins, Gay Vancouver

“The Unplugging is a gentle stab at the world of Cormack McCarthy’s novel The Road, except in this post-apocalyptic wasteland there is redemption in site — it lies in unearthing humanity’s oldest knowledge.” —Erika Thorkelson, Vancouver Sun 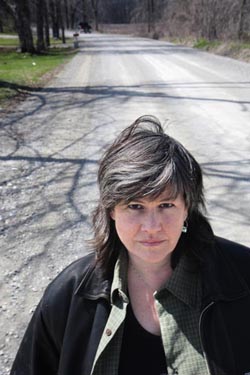 Yvette Nolan is a playwright, dramaturg, and director. Some of her plays include Annie Mae’s Movement, BLADE, Job’s Wife, What Befalls the Earth, and more. She is the editor of Beyond the Pale and co-editor, with Donna-Michelle St. Bernard, of Refractions: Solo to be published later this year. Yvette has been the writer-in-residence at Brandon University, Mount Royal College, and the Saskatoon Public Library, as well as playwright-in-residence at the National Arts Centre.

Born in Saskatchewan to an Algonquin mother and an Irish immigrant father, and raised in Manitoba, Yvette lived in the Yukon and Nova Scotia before moving to Toronto to take the helm at Native Earth Performing Arts where she served from 2003 to 2011.

We asked Yvette some questions about The Unplugging and she answered:

Tell us what your book is about in 140 characters or less.
After an apocalypse, two women banished from their community for being useless must remember their traditional knowledge in order to survive.

(Why) does your book appeal to Canadians?
For better or for worse, we as Canadians have an idea of ourselves that is tied to The North, and a concomitant idea of ourselves as rugged outdoor people. I think our connection, however tenuous, to the land gives us a sense of identity different from Americans or Europeans. After all, Canada is so sparsely populated, with most everyone living in the southern part of the country, along the medicine line. So we have this idea of space, of wide-open space, that many do not. Then the idea of Canadians having a different value system from others, more tolerant, more polite, Trudeau’s famous exhortation that Canada must be a just society. Canadians’ relationships with First Nations and First Nations concerns are unique in the world, compared to other countries’ engagement with their Indigenous peoples.  This is after all the country that spawned Idle No More. All these ideas feed into The Unplugging, the idea of us being in relationship to the land, and that the Indigenous people of the land still remember something valuable that may save us all.

How is this a story only you could tell?
I have said that I have spent my whole life preparing to write this play. I have been a playwright for twenty years, and only now able to write this. So many of my obsessions came together in this play: my lack of faith in humanity to stop consuming, my anticipation of the apocalypse, the role of women in the world, my own connection to my culture, and how I have had to work to maintain and nurture that knowledge.

At the same time, I started to write the play as I was coming up on a landmark birthday, fifty years old, and feeling both disappeared as a woman, but also full of knowledge that I had been acquiring all my life. Fifty should be the beginning of eldering up, and yet so many women of a certain age were being dismissed or disappeared. My mother had died recently, too young at 63, and undervalued and impecunious, and I was grappling with that… so full of knowledge and light, yet discarded by the world.

What is your favourite line from your book?
“we are becoming, Bernadette. Becoming who we are.”

What’s a question you wish wish someone would ask you about your book and answer it here.
Q: How come the script is so spare?

A: It’s true there are relatively few words in the play, around 9000 words, and only thirteen scenes, and of those, four are time passages scenes, scenes that do not have dialogue, but are there to show the months passing. But theatre is so collaborative, and does not really exist until it has an audience; the script needs to leave room for all the other players – the actors, designers, and the audience. Especially the audience. The space in the script is deliberate. I don’t want to be controlling, I don’t want to overwrite, over explain. I want the audience to play its part – to assister à– as they say in French – which implies a much more active role in attending the theatre. I don’t want them to just sit and receive the story and then go home and turn on the television and have completely forgotten the experience. I want them to be engaged in the theatre, in the moment, and afterwards, long afterwards.

How did you come up with the first line(s) of the book?
The first lines in a play are generally stage directions, and set the scene for the director and designers, the actors, and everyone else involved in the production. I write very spare stage directions, and strive to put all necessary information into dialogue, but in this case, I needed the reader to know that it was cold and dark, that there was an invitation to contemplate our identity as Canadians, and that while the subject matter is serious, it was not my intention to be humourless.

Hence:
Moon. Cold. Silver light. The sound of footsteps on snow. The snow squeaks with the footsteps, the way it does when it is so cold. But a dry cold. Two women walk on. 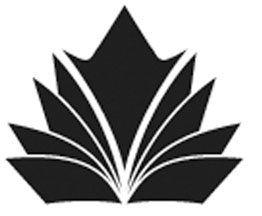 Playwrights Canada Press is Canada’s largest publisher of drama. They publish plays of various genres from writers across the country as well as books about Canadian theatre and its history.

Why Playwrights loves The Unplugging

The story is riveting, told poetically through Yvette Nolan’s sparing use of language and dialogue that first attracted us to this play. The relationship between the two main characters is immediately evident in the way they speak to one other—they’re close, and fearlessly honest—and as a reader we fell in love with their struggle. As with any play, the story is told primarily through the dialogue and Yvette takes us through an emotional journey without it becoming overwrought or melodramatic. Also, she had us at “post-apocalyptic.”

Why they think you should read The Unplugging

The first lines of The Unplugging are stage directions that perfectly describe the setting. We discover the main characters, Bern and Elena, moving across a snowy nighttime landscape. As the opening scene unfolds we learn these are two old women exiled from a community of survivors because it’s assumed their age will hinder the group. As the play progresses we find their wisdom, and especially the traditional knowledge they share from the experiences of their ancestors, make them well-suited to survival after the end of the world. If you’ve never read a play before, this is a great place to start.

Thank you to Playwrights Canada and Yvette Nolan for taking part! Check out our other Canada reads indies selections here.