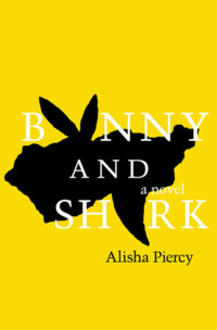 A Survival Story That’s Not So Ugly

Bunny and Shark is a refreshing spin on the survivor trope. Survivors are usually touted as smart and courageous people who triumph against all physical and psychological odds. They serve as an emblem of hope or, among the religious, a miracle of God. But in this survival tale there are no heroes; no miracle of God. Instead, Bunny is an anti-survivor whose tale is more gauche than grandeur, more awkward than ambitious. For Bunny, being thrown into a state of exile is not misery — it’s a chance at freedom, and a decadent one at that.

When it comes to the survivalist theme, there are few stories in which the surviving character embraces the complete state of exile they’ve been suddenly thrown into. When you think of books like Pincher Martin or Life of Pi, and movies like Cast Away or All Is Lost, being stuck and alone in a vast open water of nothingness is almost always presented as something to be miserable about. In all fairness, miserable is probably the most appropriate feeling to have about this situation, especially if the body is going through some intense physical stresses that it’s never gone through before, like extreme hunger, pain, exhaustion, or all of the above at the same time. In these kinds of stories, the character always wants to be anywhere else. Freedom from exile is their most immediate goal.

That’s particularly why I've never been a fan of these survival stories. Not because being stranded solo at sea is my worst nightmare, but because these stories tend to predictably paint its survivors as heroes. Not that they aren’t or shouldn’t be. After all, they are forced to conquer the elements in complete isolation from other human beings, even as every ounce of hope for rescue dissipates day after day. Their most defining characteristic is an impressive drive to not die, persevering despite immense suffering. By default, that’s pretty laudable.

But what if surviving calamity wasn’t so heroic?

Bunny and Shark is by all accounts a survival story, but it’s nothing like the usual tale. It takes a much different approach to the stranded and survival theme by presenting a character who not only embraces exile, but also goes against every grain of the traditional survivor.

Alisha Piercy marvellously crafts a character you'd never peg as someone who could last very long in a Cast Away-like situation. Bunny is a middle-aged, ex-Playboy bunny who is exiled from her privileged island existence when her real estate baron husband pushes her off a cliff into a shark pit in the Caribbean Ocean. If we're talking reality, Bunny probably should have died from being a) smashed up against the cliff rocks or b) eaten by sharks. But as most survival stories go, there's an added fantastical element that allows us to brush off the inexplicable escape of death to keep the story going. For all intents and purposes, Bunny survives and embarks on an adventurous journey to live like nothing happened at all.

Humans are naturally hard-wired to survive. When we are immediately aware of danger, our brain releases a series of chemicals and nerve cell responses to help us evade or battle those dangers. Adrenaline kicks in, and all of our impulses, senses, and strengths quickly intensify to help us stay alive and get as far away from danger as possible.

Not Bunny. While she does manage to thwart death and swim from stolen sailboats to lavish villas and keep her body nourished, unlike the traditional survivors of fiction novels, protection from dehydration, starvation, and sharks is not Bunny’s immediate goal. As an ex-Playboy bunny who’s made her living off her looks and is shamelessly obsessed with keeping up appearances, Bunny desperately wants to get back to her former caviar-and-champagne lifestyle despite being betrayed by the very person she shared that life with. Her desire and ego are so strong they triumph over her basic instinct to flee from her murderous husband. Even when she's given the opportunity to run away and start a whole new life, Bunny doesn't take it; she’s not ready to be cast out.

For instance, Bunny decides to swim to her anchored sailboat not to pack food, find money, get help, or even sail away to anywhere: she takes the half-hour swim to transplant herself back into the familiarity of luxury.

"You can feel yourself being right there, opening the cupboards and cracking a bottle of fizzy water. Your narrow bed with the silk sheets and your clothes stuffed in the drawers. Your magazines and your watch in the cubby by the bed. It would be so easy to swim out there and sleep in your bed and put on your watch. Can you steal the time back again for good?"

Upon hoisting herself up into the boat, she takes off all of her wet clothes and sunbathes on the deck. She gets her all-over tan, then goes into the cabin and plunks herself on the bed in front of the TV, bag of chips in hand. 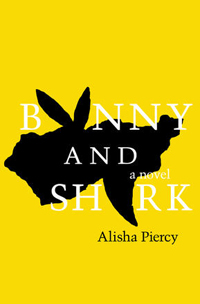 That's partly why I liked Bunny and Shark so much. As one of those perennial tales of survival at sea, it's peppered with every kind of “don't” you could think of in a survivor's handbook. Even in the face of danger, Bunny doesn’t transform into some enlightened hero, she falls back to desires of a higher taste, "to be treated and held by a man who objectifies you. To be an icon of the sexualized, available woman."

Her actions are bizarre and amusing given her circumstances, but yet appropriately in tune with who she is. She sneaks onto a private cruise ship and puts on foundation and British Red lipstick. She swims with her head above the water to keep her makeup from running. She steals gold dresses, YSL sunglasses, and Laura Ashley bikinis that don't fit. She spontaneously gives blow jobs to strangers. She hits on young men to see if she’s still got it. And even though she might have excellent abilities to find food, clothes, and a safe place to sleep, they're mostly done out of vanity rather than a survival instinct. No matter what state of disarray she’s in, Bunny is always completely aware of her body and her presentation, encapsulated in this line: "Look how strong you are, how you swam all the way here. Look how your boobs are holding up."

Despite an unyielding preoccupation with herself, Bunny is still incredibly likeable. After all, her sleazy husband betrayed her and threw her plump, middle-aged body off a cliff so he could exchange her for the "next, newer, better version" of herself. So you can’t help but root for Bunny even when she’s making all the wrong moves, like blowing her cover just for a good lay or a good lipstick.

Bunny and Shark is a refreshing spin on the survivor trope. Survivors are usually touted as smart and courageous people who triumph against all physical and psychological odds. They serve as an emblem of hope or, among the religious, a miracle of God. But in this survival tale there are no heroes, no miracle of God. Instead, Bunny is an anti-survivor whose tale is more gauche than grandeur, more awkward than ambitious. For Bunny, being thrown into a state of exile is not misery — it’s a chance at freedom, and a decadent one at that.

Unlike survivors like Pincher Martin’s Christopher Hadley, who clung to a rock in the Atlantic Ocean hundreds of miles from the closest semblance of humanity, Bunny is not fully isolated. Basic necessities and black eyeliner, are just a brisk swim away. This crucial aspect of the story sets itself apart from other survival stories, but it’s perhaps the aspect that allowed Bunny and Shark to be one of the few survival stories that captures the elements as friend, not foe. Water, which often serves as a perilous enemy for survivors, becomes a place of comfort for Bunny.

“How it’s possible to be a free, glowing being, buoyed by the sun, and the immensity of the ocean. Look at you, out here alone at dawn living off the sea in secret like a happy vagabond.”

We love a good survival story because we like to cling to the hope of life even when death is more plausible. We cling to it even when we know exile can be a brutal suffering and death is a sweeter release in comparison. But Bunny’s survival tale gleefully softens the edges of what it’s like to be stranded at sea, and belies the belief that it’s all misery. It can, at times, be pure pleasure.

Mai Nguyen is a freelance writer living in Toronto. Her work has appeared in the Globe and Mail, National Post, and Canadian Business.