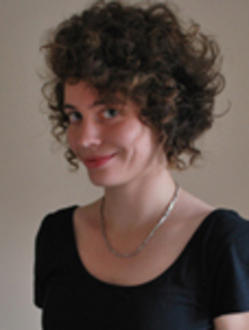 So far with our Writer's Block column we've gotten a peek into the inside world of two great fiction writers, Chad Pelley and Amanda LeDuc. To mix things up a little in this latest instalment we're turning our focus to prose poet Emma Healey, who had her first book, Begin With the End in Mind, published by ARP Books last year.

So far with our Writer's Block column we've gotten a peek into the inside world of two great fiction writers, Chad Pelley and Amanda LeDuc. To mix things up a little in this latest instalment we're turning our focus to prose poet Emma Healey, who had her first book, Begin With the End in Mind, published by ARP Books last year.

Your best advice to aspiring writers:
This is a lovely idea, and I’ve been thinking about the question for a week and trying to figure out a real, sincere, useful answer but to be honest the whole exercise freaks me out, since I’m very much still an aspiring writer myself and to give out any kind of “advice” seems like it’d be the worst kind of sad, low-stakes hubris. All I feel like I can say is that once in a truly misguided attempt to motivate myself I started a folder on my computer and tried to fill it with “inspirational” writing-related links, but just now I went back in to see if I could find anything to help with this answer it’s all just stuff like this.
Why do you write?
I hate writing. Is that the wrong way to answer this question? I love having written, but that’s something else entirely. Sometimes people will say that they write because they Can’t Do Anything Else but what they mean is that writing for them is a natural function – one built into your body, like breathing or filtering bile. For me it’s not quite. The physical act of writing combines everything I hate most: sitting still, relative silence, being honest with myself. It takes me between two and ten weeks to write what ends up being a quarter-page poem. Who does that? What kind of person thinks that is a legitimate and valuable use of their time? I will tell you: Someone who is otherwise pretty much out of options.

I’m working in television right now, which is exciting and inspiring and heartening and v. v. depressing all at once because you get to watch a lot of very smart, creative, interesting writers working quickly and finishing things on time, every day. Yesterday at work for some reason we were making lists of practical skills that a person might need to survive the apocalypse, and, like, look: I have no illusions about how that whole situation is going to go down for me. I’m half blind. I can’t run. I can’t do math or read maps or stop myself from talking when it might be appropriate to do so. When things go full Cormac McCarthy and everyone else is busy duking it out for a spot in one of those plush Doomsday Preppers enormo-bunkers below the charred barren hellscape that was once the world we knew, and loved, and loved in, I will be first to go, before even the other Canadian poets. Writing is the only thing I can do – but only in that I can do it at all, with great effort and much whining. Anything that might be practically useful (in the end times or otherwise) – cordage, gymkata, diplomacy, foraging – is all pretty much beyond me at this point, I think. 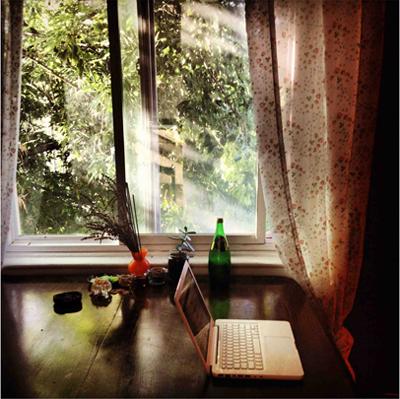 Which writers have influenced you or had the most impact on your own writing?
Can I talk about guilt for a second? When I first saw this question, I wrote out a list off the top of my head: 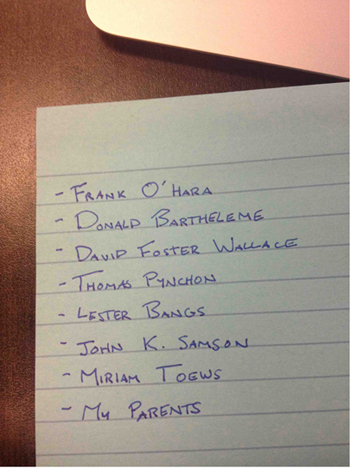 These are all writers I came to when I was younger and didn’t quite know what I wanted to read, or to write, or what mattered to me. They showed me, and I wouldn’t give this list up for anything. But also it’s weird, when you’re a raging humourless feminist, to look into the depths of your influence and see a giant pile of dudes staring back at you.
I think I tend to count those writers up there as the ones that played the greatest part in developing my core sensibilities as a writer, but that said, the art that’s had the strongest day-to-day influence on me over the past months and years of my life is almost all made by women. Maybe that’s a subconscious, guilt-based corrective? Or maybe it’s more about how misguided it is to have a “canon,” how the more I experience the everyday mechanics of influence the more I wish I’d learned a different way to structure my understanding of that word. I think I’m still stuck on that silly undergraduate idea that there are a few Big Guys who comprise the bedrock of your artistic whatever and then there’s the stuff you interact with and encounter every day, in smaller ways, the books and poems and essays and posts that don’t necessarily crater your life but rewire some things, quietly, and are necessarily less big-picture Important. If nothing else that’s an uninspired way to map out your territory. I don’t know. It just seems dumb and unfortunate that even though in the past month I’ve read Renata Adler and Patricia Lockwood and Suzannah Showler all for the first time, and their work has probably done more to dissemble and rearrange my worldview than stupid Psychotic Reactions and Carburetor Dung ever did, Lester Bangs is, like, grandfathered in. As the first thing I think of. Ossified. Fuck a canon, is I guess what I’m saying. Fuck the first thing you think of.

Anyway, the TL;DR of all this is that even though every one of the writers on that list up there was important to me as a positive influence, I also remember reading Infinite Jest in high school and wanting to read a female Hal Incandenza so bad that it made my spleen hurt, but nobody could tell me where to find one. Maybe that’s the more important kind of influence – what’s missing. The negative space. A canon of absences. If someone had given me a copy of Speedboat when I was 18 to go with all that Barthelme I’d probably have become a better writer and felt significantly less alone into the bargain.

What are you working on now?
This one’s a wide field. Sleeping longer. Saving money. A novel, very slowly, about a high school with a functioning black hole in its basement. Some poems about ghosts, and some other poems about the National Student Loans Service Centre. A few posts for one of my favourite websites. Finishing this bag of Cheetos before Paul gets home, and then, after that, getting better at sharing. After that. 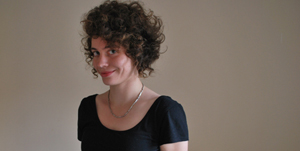 Emma Healey (@emmafromtoronto) still technically has an apartment in Montreal, but recently moved to Toronto to work at a job that involves a lot of terrifying medical research, like for example today she spent a significant amount of time looking up what happens to you when you lose your thumb, which, okay get this, sometimes what happens is that they amputate your big toe and graft it onto your hand, which is crazy, right? Yes. It is crazy. It is crazy for several reasons: first, the big toe must be significantly less important to a person’s overall sense of balance/wellbeing than we’ve all been lead to believe if they can just take it off and relocate like that; and also because I don’t know what I thought a hand with the largest and weirdest of all the human toes just seamlessly attached to it would actually look like but if you look up a picture you’ll see: it just pretty much looks like a hand with a toe attached. Which is at once disconcerting and very, very awesome. Toe hands. It’s cool though. Everything’s cool. Her first book, Begin With the End in Mind, was published by ARP Books in 2012.

May 1, 2014
Poetry City lands in Toronto, digitally and physically!