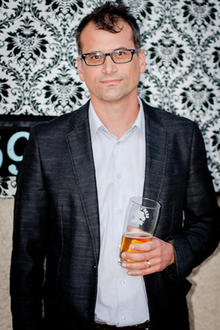 It's time for another instalment of one of our favourite columns: Writer's Block. Today we're thrilled to get a peek into the literary lifestyle of Andrew Steinmetz. Andrew is the author of This Great Escape: The Case of Michael Paryla (Biblioasis, 2013), which was just shortlisted for the Hilary Weston Writer's Trust Prize. Here he is kind enough to share some of the books that have influenced him, surprising things about being a writer, and he even gives us a look at his writing space.

It's time for another instalment of one of our favourite columns here: Writer's Block. Today we're thrilled to get a peek into the literary lifestyle of Andrew Steinmetz. Andrew is the author of This Great Escape: The Case of Michael Paryla (Biblioasis, 2013), which was just shortlisted for the Hilary Weston Writer's Trust Prize. To find out more about this fascinating read, and the story and obsession that led to its publication, check out this recent article about the book on Open Book Toronto. Here he is kind enough to share some of the books that have influenced him, surprising things about being a writer, and he even gives us a look at his writing space. 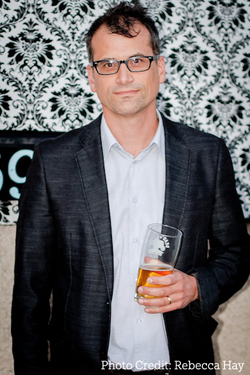 What writers have influenced you or had the most impact on your own writing?
When I started, I read poetry only and I was writing songs. I was influenced by a slew of poets, beginning with TS Eliot, Sharon Olds, e.e. cummings and Wallace Stevens. I remember the imagery and atmosphere in Eliot’s poem "Preludes" ("A lonely cab-horse steams and stamps") grabbed me early on; for whatever reason, I made some connection between Eliot’s early poems and songs by Simon and Garfunkel, like Bleecker Street. The connection was emotional. That was important to me, emotion first. In university, Wallace Steven’s world dazzled me. Later, the intensity of Sharon Olds’ voice thrilled me. When it comes to prose, I’d have to mention Geoff Dyer and Italo Calvino, Joseph Mitchell and Primo Levi and Georges Perec. I have always been impressed and influenced by books that have a unique and playful/imaginative structure – Invisible Cities, The Periodic Table, Life: A User’s Manual. Right now, the anxiety of influence has but a single source: Geoff Dyer. I especially liked his book Out of Sheer Rage.

What’s one book you always recommend?
To writers and avid readers, I propose Stet: An Editor’s Life by Diana Athill. Athill was a founding director and editor of the London publishing house Andre Deutsch Ltd. Her book Stet was first recommended to me by a hospital volunteer, at the Montreal Neurological Institute, where I worked for several years as a librarian. It turns out this volunteer was married to Brian Moore’s brother, a pathologist. One of the authors Athill edited at Andre Deutsch was Brian Moore. Athill also edited Norman Mailer, V.S. Naipaul, Jean Rhys, Mordecai Richler, Philip Roth, and John Updike. In Stet, she tells insightful stories about her working method with these varied authors. What stands out, though, is Athill’s own stone-sober, sharp-minded prose.

Do you have a book that you’ve gone back to several times?
I read The Catcher in the Rye in high school and got off on Holden’s antihero slang and attitude. This was about the same time that John Lennon was murdered and his assassin  was found holding a paperback copy of the book. I read it next in my twenties, and appreciated the prose music. When I read it fairly recently, foremost I was struck by the allusions to Holden in a mental hospital; it seems pretty plain to me now that Holden is a sensitive kid who is terrified of growing up. The book reeks of sensitivity and elegy, and remains as fresh to me today as when I first read thirty five years ago.

What’s the most surprising thing about being a writer?
That you are expected to talk!  About your book, on radio or in front of people at an event. I quit playing in a band because I had terrible performance anxiety. I picked writing next because it’s a quiet activity that is done at a remove from the reader. Not everyone is made out to chat about their projects.

Why Do You Write?
If I could answer that, I think I would stop. Honestly. I have an urge to make things and I don’t where it comes from, and I don’t want to know. At a fundamental level, I write to find out what the writing will tell me. I write to discover what I may feel when I get going. For me, there is a performance aspect to writing that touches on improvisation, and the seemingly infinite permutations and directions of experience. Every sentence feels like an experiment. The process is the most exciting, and meaningful, thing. Most experiments fail. I accept that.

What’s the toughest part of being a writer?
I had a lecturer at McGill who once made the comment (when we were reading a poet’s early work) that unfortunately artists must go through their education in public or in full view. In other words, you write a lot of things that get published which you regret later. But you cannot erase what’s in print. So this can be mortifying. Like when someone reads a book you wrote fifteen years ago and confronts you: “You really think x”, or “That’s what you really feel about Y?” Ideas and feelings evolve within all of us. But what you write gets stuck in time. 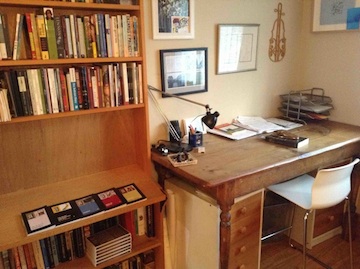 I live in a bungalow, in a not glamorous neighbourhood in a not exciting city, Ottawa, and it suits me fine. I was born in Montreal and lived forty years in that city, and love that city still, but there is such a thing as urban provincialism, and our last years in Montreal my wife and I felt a certain claustrophobia, and wanted to get away (our children hate us for this decision, but some hardship is good for the soul). I work as medical librarian and edit and write on the side. My writing companion and sound board is Moja, a five year old blue merle Australian shepherd, who requires several long walks daily. Moja is a work dog and thus has a tremendous work ethic, from which I have learned plenty. Right now my favourite musicians are Tallest Man on Earth and BBNG (Badbadnotgood). Favourite travel destination has always been and always will be the ocean, wherever I can find it. 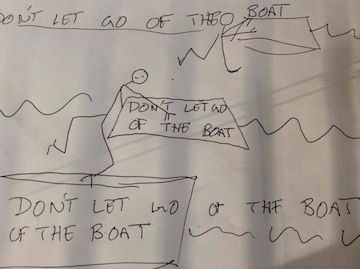 Edited from the original post, published on the LPG blo