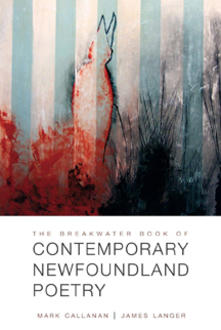 It’s very fitting that the final installment in our CoCoPoPro series is an anthology. What we’ve tried (hopefully, successfully) to do this past month in celebration of National Poetry Month was to create our own anthology of some of the fantastic poetry that is being written and published by Canadians today, from coast-to-coast. We hope you’ve enjoyed it! 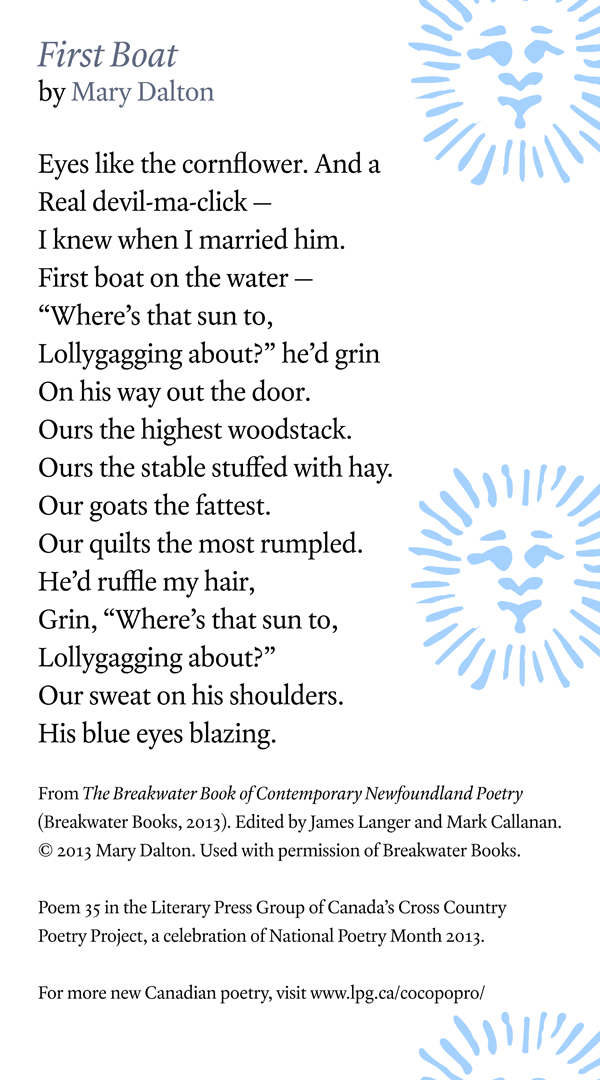 What are you reading right now?
Alice Oswald's Memorial: A Version of Homer's Iliad. Oswald's book-length poem "Dart" ravished me when I read it. The story of the river Dart through time and in many voices, it creates a compelling music---the uproar of what is happening to rivers now, mingled with the rhythms of many lives associated with the river through time. It is a contemporary epic, and Memorial bids fair to be equally beautiful, equally pertinent. In the Afterword, Eavan Boland writes about the poem in relation to matters of oral tradition and elegy, both certainly sources of energy in the poem. And she speaks of one great source of this poem's power: What we see above all is that the atmosphere of epic has no expiry date. The soldiers here are not ciphers any more than they are merely symbols in the Iliad. In fact, the opposite is true. They are the brothers, husbands, sons of every war. And as we put down Memorial we wonder whether we first met them in Homer's epic or saw them on last night's news bulletin.

If you wrote a memoir what would it be called?
Let me see... memoir is a form which interests me only if it is someone else's. Lets assume that this memoir will have a title only. Unlike the novel Tristram Shandy, with only a few of its pages all black, all blank, this memoir must live by its title alone, with all its pages blank. How about "Despite All You Bastards," a phrase I once jokingly mooted as a possible dedication for my first book? I thought of it then as a gesture towards the mightily macho art scene of the time, in which women had their place mainly as acolytes. Or how about "The Sideways Nod"? That title would honour the beguiling little simultaneous twist and nod of the head which serves as a wordless greeting, full of good fellowship, in outport Newfoundland (and which made my heart leap last fall when winding along the roads of Ring in County Waterford, as our car met walkers who were acknowledging us with exactly that quick wordless grace). And it would gesture towards the nature of a life itself. How is a life like a sideways nod? Oh, that's a riddle... and The Sideways Nod is the working title of a collection of riddles I am working on right now. Now let me see...perhaps the best title for my (non-)memoir would be Alistair MacLeod's Dogs... for reasons I'd have to write a memoir to explain.

Where is the oddest place in which you have ever written (or been inspired to write) a poem?
In the mid-nineties I spent a few days at a damp old farmhouse on the west coast of Newfoundland. The house was slowly being absorbed into the land, slowly rotting, as no one had maintained it for years. Being there was a form of camping out, something my friend wanted to do, since he had lived there as a teen, when his parents had acquired the farm and raised cattle there. The operation had eventually been abandoned, but the bones of a much earlier occupation of the land by the explorer Victor Campbell, who accompanied Scott to Antarctica and led a group of survivors back to safety after harrowing times, were visible still in the form of earlier plantings. The Englishman Campbell set up in 1924 on Harry's River in Black Duck Siding as a gentleman farmer and lived there until his death in 1957...I found quite poignant the tension between the land and the still evident traces of  English landscaping on the land. I didn't know it at the time, but I was myself an equivalent of the slowly crumbling farmhouse, as I had then a common medical condition, one easily treated, but which had gone undiagnosed for some time and which would certainly have killed me eventually if it had not been recognized. My fragile state and my response to the decaying scene at the farmhouse combined, I believe, to wake me, a few days later on our trip back to St. John's, from a deep sleep in the middle of the night. Barely conscious, I shuffled to the desk across the dark room in the Clarenville Holiday Inn and scribbled "Farmhouse, Campbell Settlement" in what seemed to be one fluid motion of the pen. I could hardly see, as my companion was sleeping and I didn't want to disturb him. While the poem is not without its flaws, it does have a certain haunting quality, and it pretty well came out in its final version all at once. I think of it as the poem that wrote itself at the Holiday Inn.